Ostberg, who tested the car for the first time early in December, said he was surprised at the significant differences both in the set-up of the DS3 compared with the Ford Fiesta and with the way the two teams operated.

"It is a real honour to be part of this great group of people. This is the place that I feel I can fulfil my potential," he said.

"I definitely have a good feeling from the car.

"Everything is different from what I have seen previously, in terms of the team set-up, the way they work, all the details and the knowledge.

"Also the car is totally different. The DS3 is so well balanced and so stable; the engine works different, it has more torque than I had before.

"Definitely I drove the Fiesta differently [to driving the DS3]. With this car you have a different approach and you do things a different way, but it felt really natural - that just sort of happened quite quickly.

"When we sat in the car everything just turned out differently [to what] I maybe expected, but in a quite positive and good way."

Ostberg admits he has been amazed at the response to his switch to Citroen.

The Norwegian ended a a long association with British teams Prodrive and M-Sport when he signed to join the Parisian squad. 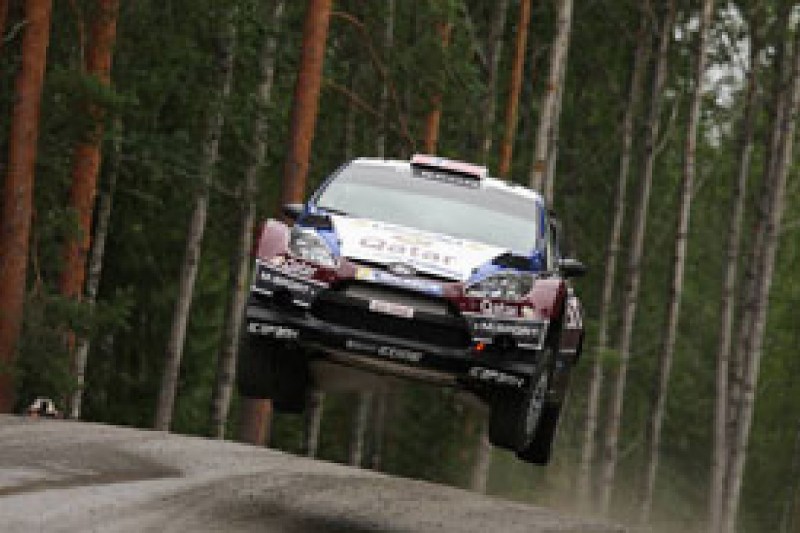 "The reaction in Norway has been amazing," he said.

"But for me I understood quite quickly that this is what I want to do and I said early on in the season that if I had the opportunity to do it I would do it, and luckily I had the chance."