DAVID EVANS has the latest on M-Sport's efforts to ensure it is still in the WRC field - and competitive - next season.

Malcolm Wilson insists there will be no dip in performance from his M-Sport Ford team - if it stays in the WRC next season.

Wilson admits the loss of Ogier for 2019 is significant, but adds that his team has learned from the six-time WRC champion after four years without success before Ogier's arrival.

"The target is still to try and stay at highest level," Wilson tells Autosport.

"If we are running [next season] then it will only be two cars unless the third car is paid for.

"We learned a lot from Seb and I have absolutely no intention of doing anything to decrease our level of performance.

"For sure, we won't be staying in as good hotels, and there are things we won't be doing next year.

"We'll be looking at costs - every cost - but we won't do anything that could have a detrimental effect on the car." 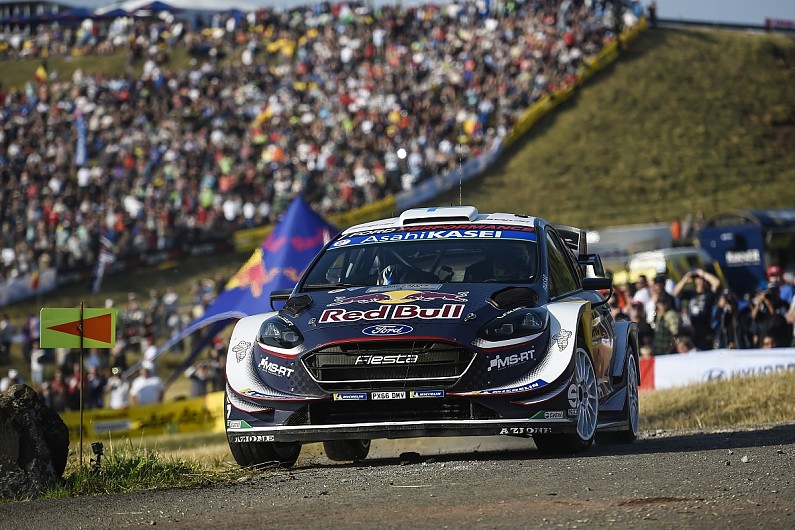 M-Sport has already begun preparations with Teemu Suninen for the 2019 opener in Monte Carlo next month and Wilson says there is significant development in the pipeline for the Ford Fiesta WRC.

"There's still a lot going on with the development of the car," he said.

"We've got new aero and new engine parts. The aero would be for a March homologation, so in time for Mexico if we're there."

The new aero is intended for the front and rear of the car, which prompts Wilson to defend the deployment of a new rear aero package in the middle of this year.

"I wouldn't say the revised rear aero we ran this year was wrong [in terms of performance], but it was wrong from a durability point of view," he explains.

"No disrespect here, but we can't afford to keep putting parts on our car like Toyota did in Australia - they must have spent around £200,000 on panels.

"These parts are a lot of money, the aero's so intricate with so many pieces - that's why it costs so much.

"Maybe it would be good to find a way, with the next set of regulations, to see if we can get the same aero effect but by reducing the costs."

Wilson praised Ford's input into ongoing development of the car, adding: "We could have some new engine parts for Monte, things like changes to the injectors - bigger stuff will come later, when we're looking at a completely new cylinder head.

"These are big parts needing big investment and this is where Ford is really helping on the technical side of things, they've been doing a lot for us."

It remains to be seen if Elfyn Evans is retained for next season. The Welshman is understood to be on Wilson's shortlist, along with former Citroen driver Craig Breen, if the team does remain in the WRC. 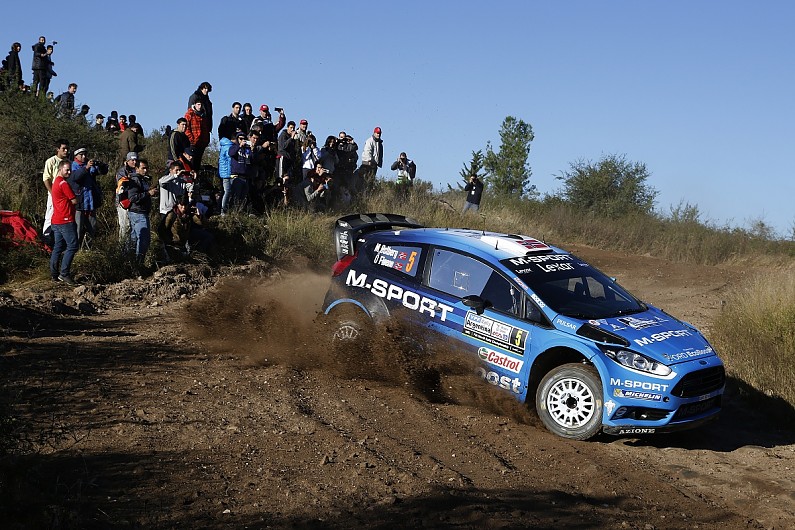 Wilson accepts that M-Sport's potential for wins has dipped with Ogier gone, but he refuses to see those odds returning to the lengths of 2016 - when Mads Ostberg and Eric Camilli fronted a winless season in the old Fiesta RS WRC.

"We've got a more competitive car now," said Wilson. "Don't forget, the previous [Fiesta RS] WRC was an evolution of our S2000 car.

"This current car is designed as an out and out World Rally Car and I just know from what we've got coming technically that we are going to remain competitive.

"If we weren't getting the same level of technical support from Ford, then I've got to be realistic and say no, we wouldn't be able to remain as competitive.

"But Ford gives me the confidence - and I still believe we'll get a sponsor, something will happen. I know we will have a competitive package."

Wilson admits the commercial side of the operation would be more complicated as M-Sport is still counting the cost of two years of funding Ogier.

"I wouldn't swap those two years for anything, but I can't continue [like that]," he says.

"It's proved we have still got the ability to win - I never lost that faith.

"I knew the new car could be enough to do the job and the last two years have given everybody at M-Sport the confidence that we can do it.

"If we have to take 12 months away without the same success, then OK. We hadn't won a rally for four years before Seb joined us. Don't get me wrong I don't want to go another four years... We know we have the package to win with this car.

"I've got people telling me we don't need to be in the WRC and if this was a corporation, then you would probably say: 'I won't do it'.

"But, it's just me. I feel I have to be at the highest level, but I've also got to be sensible and understand the commercial implications."

Wilson's 2019 decision will have to be made before December 21 when the FIA closes its registrations for next year's WRC. 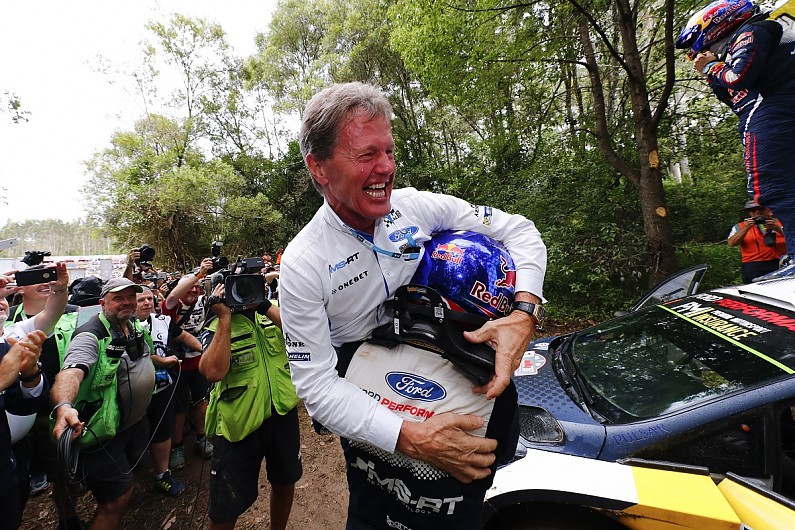