Sebastien Ogier is on his second day of a two-day test, with team-mate Elfyn Evans already having reported his findings after driving the car in Finland earlier this week.

The main element of the new aero set-up is the rear wing, which is aimed at further improving the stability and grip from the rear of the car.

This is one of the defending WRC champion squad's aims for the second half of the season and team principal Malcolm Wilson is confident the test will provide the required results.

"We've got some parts coming for Finland and obviously we hope they're going to be an improvement," Wilson told Autosport.

"It's mainly aero. Trust me, you'll definitely notice the difference with what we've got on the car.

"The work on the rear wing was done in the windtunnel in Charlotte when the car was out there [after Rally Mexico], the guys have been working hard on it since then.

"It's going to be a big change at the rear for us."

A decision on whether to run the new wing on Rally Finland in a fortnight will be taken later this week. 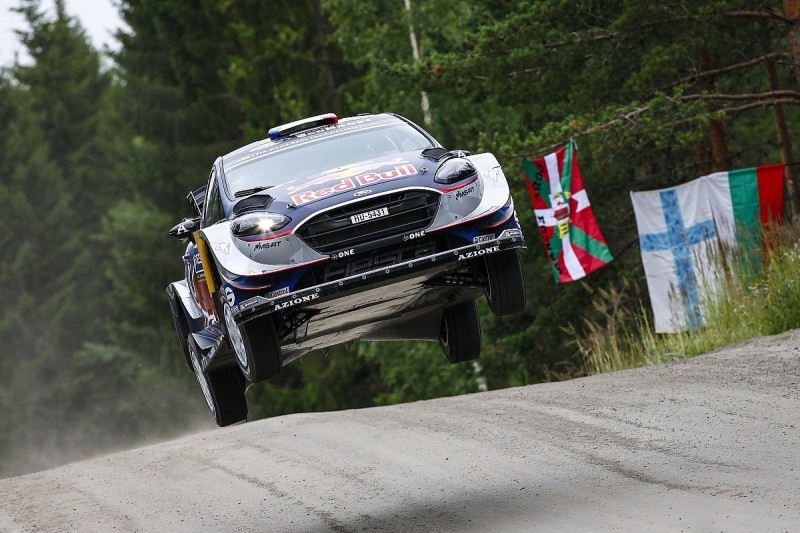 Although the revised Finland route for 2018, featuring narrower and more technical stages, means it is likely to be slower than in previous years, it is still likely to feature the season's highest speeds.

That makes it a key test of the cars' aerodynamic balance.

Toyota dominated in Finland last season, while Ogier and M-Sport's title rival Hyundai had one of its weakest rounds of the year.