Toyota World Rally Championship boss Jari-Matti Latvala says his team cannot afford to relax heading into next year despite scoring a clean sweep of titles in 2022.

The Japanese brand proved a dominant force this year, winning seven of the 13 events as Kalle Rovanpera and Jonne Halttunen claimed the drivers’ and co-drivers’ crowns, while Toyota sealed a sixth WRC manufacturers’ title.

The GR Yaris emerged as the fastest and most reliable of the all-new Rally1 cars, but its dominance began to wane as Hyundai became stronger in the second half of the campaign.

After a first half of the season plagued by reliability issues, Hyundai scored its first win when Ott Tanak triumphed in Sardinia in June. Tanak then struck again in Finland and Belgium, before Thierry Neuville took wins in Greece and Japan.

The South Korean brand therefore outscored Toyota in terms of victories, 4-3, in the second half of the campaign.

While Toyota’s GR Yaris was near bullet proof, it struggled on rough gravel rallies such as Sardinia and Greece, which is an area the team will target to improve heading into 2023.

Having witnessed Hyundai’s strong end to this season, Latvala is expecting a much tougher title challenge next year.

"Hyundai have been improving a lot in the season. We just need to work a bit better and we can’t relax too much that is for sure.

“We need to be working if we want to reach the same goals next year.

“We will do some winter testing in December, we will have a couple of weeks off but then of course it all starts again.”

Both Toyota and Hyundai have been busy testing in the Finnish snow this month to hone their cars for next season, which begins in Monte Carlo on 19 January. 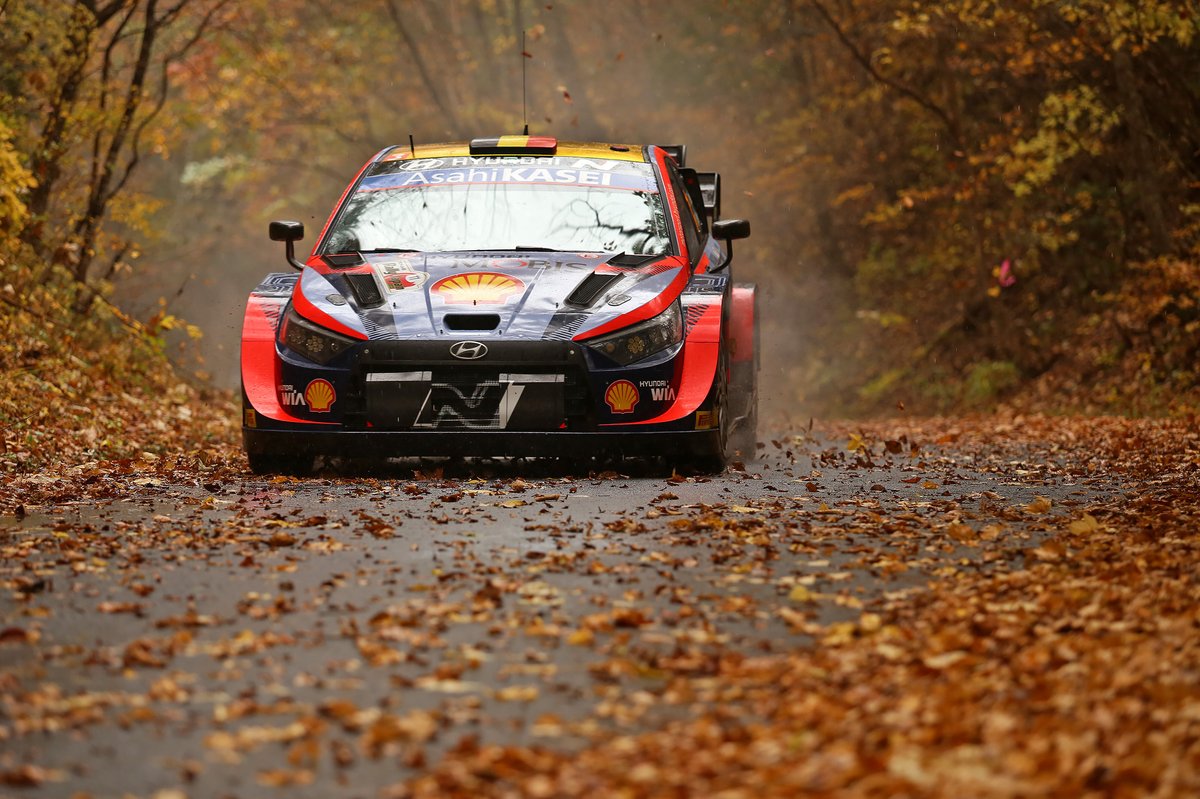 Testing has already revealed significant updates to Hyundai’s i20 N, which now features an elongated nose that acts as a front splitter, alongside a new rear wing.

The car was most recently driven by its new signing from Toyota, Esapekka Lappi, who has so far been impressed with the car, he feels is “pretty equal” to the GR Yaris.

Hyundai deputy team director Julien Moncet expects all three WRC teams to arrive at Monte Carlo with upgraded cars, but is confident his team is at least back in the fight after a strong end to 2022.

“We are happy that we are back in the game. I will not be surprised if there are some updates on all of the cars in Monte Carlo.

“It has been a crazy season. When people ask about this season it is very difficult to answer, as on the one hand we come to win championships and obviously we have lost both.

“We had very difficult moments in Monte Carlo and Kenya and this aspect is a failure, but on the other hand we have had some proper decent results.

“We haven’t won any championship but we won five times and scored a 1-2-3 in Greece. It is a bit weird actually.”

It is understood Hyundai will reveal a new team principal in the coming days, with former Renault Formula 1 boss Cyril Abiteboul expected to take over from Moncet.