Subscribe
Previous / Autosport 2022 Top 50: #49 Sebastien Ogier Next / M-Sport confident it can up its WRC game for Tanak
WRC News

Esapekka Lappi believes the Toyota and Hyundai World Rally Championship Rally1 cars will start on a "pretty equal level" in 2023, following his first outing in the i20 N.

The Finn sampled the Hyundai i20 N for the first time this month following his high-profile full-time switch from the world champion Toyota to fill the vacant Hyundai seat left by Ott Tanak, who has since joined M-Sport Ford.

Lappi has so far clocked up almost 600 kilometres of running in the i20 N having tested the car on Tarmac in Germany and on snow at the team's testing ground in Finland.

During the Finland test, Lappi was seen running a modified i20 N, which featured an elongated nose designed to act as a splitter, alongside a new rear wing.

The i20 N won five rallies in 2022 during a season that was initially plagued by reliability issues and a lack of development owing to the car's late birth.

Reflecting on his first outings in the car, Lappi has so far been impressed, labelling the i20 N "as pretty simple" to drive.

"For some reason, it felt pretty simple [to drive]," Lappi told Autosport.

"We all know there has been some challenging comments about the handling of the car, but to be honest, so far I have not found this the case, and I hope I don't find them in the future as well. It was very positive first few kilometres.

"Mainly for myself it has been about understanding everything and getting used to all the buttons and also how the car reacts to when we change some settings, so we know how to react if it is needed.

"It also allowed the team to understand what kind of car I want to have, what I like and what I prefer. We were also testing something new too, and you would have seen on the videos." 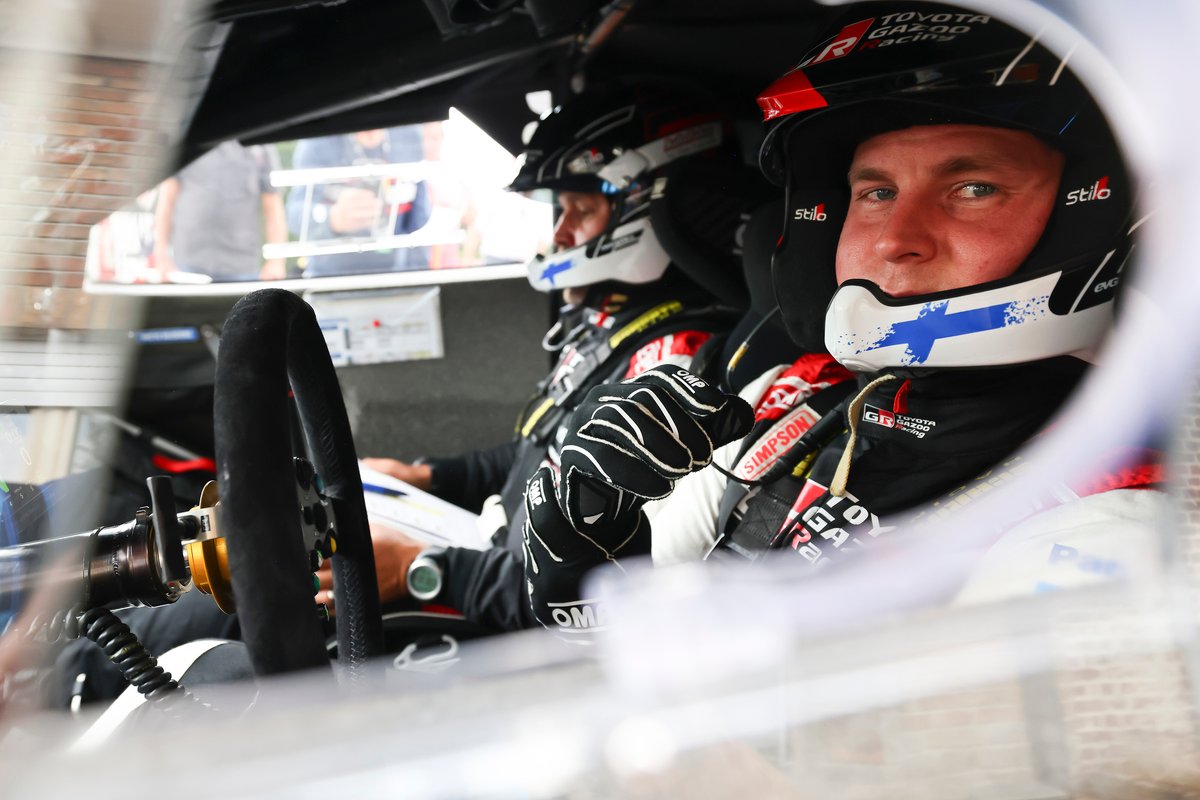 Now the only driver to have experienced both the Toyota Yaris Rally1 and i20 N Rally1, Lappi believes there is little to choose between the cars.

"It is hard to estimate what is the gap and if there is a gap between the two cars," he added.

"As we have seen in the last six months Hyundai caught up a lot of performance compared to Toyota, and maybe at some races they were better than Toyota.

"I wouldn't say there is a gap between them, but it is very hard to estimate what is the difference.

"In the end, the cars are not so different. I think we are starting on a pretty equal level. I don't know all the stuff Toyota has done to the car for next year. I think Monte Carlo will be interesting."

Looking ahead to the new season, which begins in Monte Carlo next month, Lappi is realistic regarding his expectations heading into one of the toughest rallies on the calendar in a new car and team. The 31-year-old will receive one more test day before the rally begins.

"I would like to say I don't need more time but unfortunately that is not the case," he said.

"Monte Carlo is still one of the most challenging rallies, and when you go there with a new car and team it is not the greatest base to start from to drive for the victory.

"I think I need to give myself a bit of time and don't demand too much from my side and our side on the first rallies, but still I want to be competitive, that is for sure.

"I will work hard to be as good as we can. There will be a lot of surprises in many situations with the handling of the car in different surfaces, which we can't probably replicate in one day of testing in January."