While Rally1 regulations are yet to attract a new manufacturer to the World Rally Championship, the FIA is content with the success of its introduction in 2022.

The WRC underwent its biggest sweep of rule changes for a generation leading to all-new hybrid powered cars.

Introducing a bespoke 100kW hybrid unit to the cars was among a myriad changes to the regulations as the WRC introduced tougher spaceframe chassis, while the effectiveness of aerodynamics was reduced by around 15%.

Trick centre differentials were also removed in favour of a simpler front and rear differentials. Suspension travel was reduced and 100% fossil free fuel was incorporated for the first time.

Despite the extensive changes, all three teams Toyota, Hyundai and M-Sport-Ford achieved victories across the 2022 campaign.

While all the marques were represented on the top step of the podium, the season wasn’t without its dramas as teams adapted to the new hybrid technology.

FIA rally director Andrew Wheatley admits there have been challenges regarding the Compact Dynamics hybrid kit, but overall the motorsport governing body is proud of its first season under Rally1 rules.

“First year with this new technology was always going to be difficult, but the fact we have changed the chassis, the fuel, added hybrid and changed the concept of the car, the transmission and the aero, and we still have rallies where we are fighting over seconds, I think we have to be content,” Wheatley told Autosport. 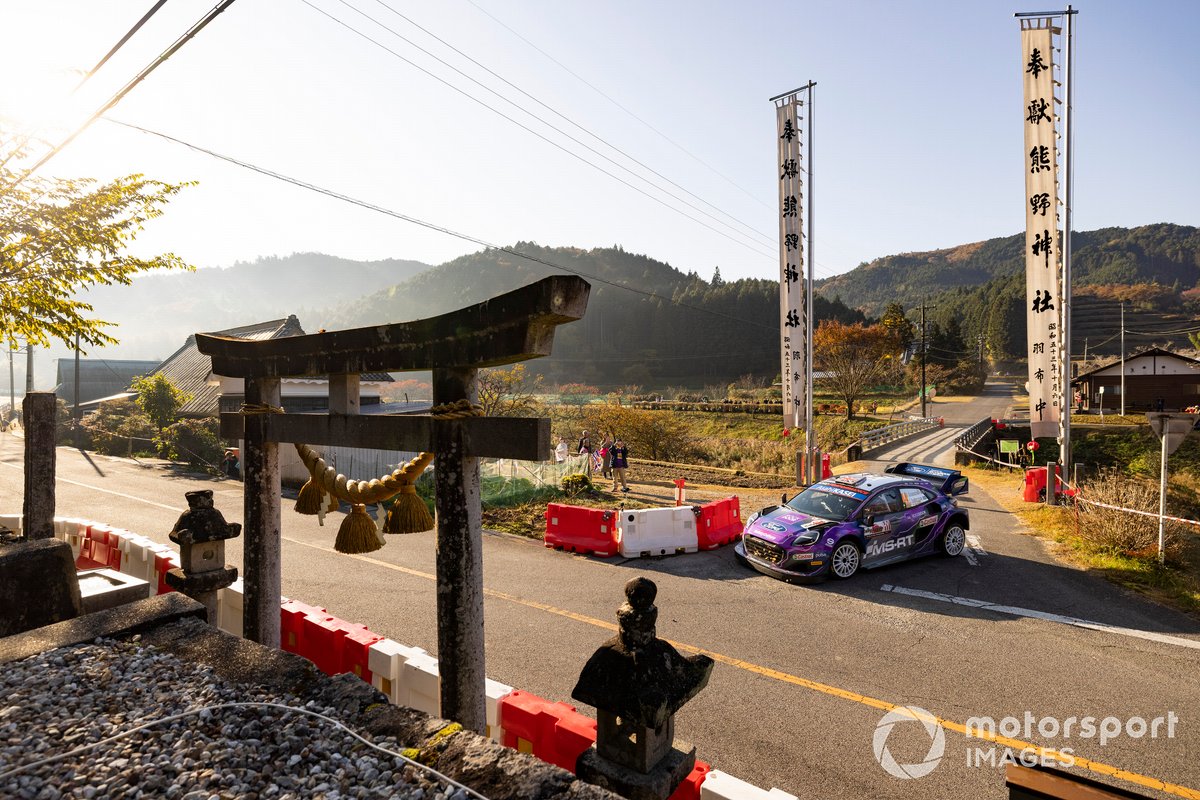 “I think everyone agrees that safety of the cars has been really positive as we have seen some fairly big accidents this year.

“There was talk that the new generation Rally1 cars would be quite a bit slower, but we now know the Rally1 car is a good level of performance. We had all three manufacturers win rallies in the first five events.

"The competition is very close, so that is a real positive.

“Yes, there has been plenty of challenges over the course of the year [with the hybrid unit] and the Compact Dynamics guys are 20 years older than when they started the year. But overall, the drivers appreciate it is a significant performance advantage.

“With the fuel, in normal fuel development you go two percent, two percent, and this year we went 360 degrees. The fuel is a completely new chemistry and honestly we had plenty of challenges along the way, but overall it has been okay.

"We have made a significant step in the reduction of emissions and now championships around the world are saying if they [WRC] can do it, we need to do it.”

Ultimately Rally1 was designed to attract more manufacturers to the top level of the WRC and this goal yet to be achieved.

The ruleset has however resulted in Toyota, Hyundai and Ford, through M-Sport committed to the series until 2024 at least, which marks the end of the current rule cycle.

The FIA has been working closely with manufacturers across 2022, holding talks with several brands to understand how best the WRC can attract new marques in the future.

It is anticipated that Rally1 rules will continue beyond 2024, albeit in a tweaked format, which the FIA is yet to disclose.