Kris Meeke's Rally Argentina victory has been wiped out by recent crashes and his Citroen World Rally Championship seat is at risk for 2016, says team boss Yves Matton

Meeke rolled on the shakedown ahead of the last WRC round in Poland and also went off the road in Italy in June.

"I am not ready for any excuse when you went off in the first stage in Sardinia and the shakedown in Poland, there is nothing I can accept as an excuse.

"When you are driving at this level, you can't make mistakes as important as that.

"I know that Kris has some excuse or something that he is using to explain why it has happened and I don't say this is not true.

Meeke declined to comment on the situation and would not be drawn on speculation that the Citroen's suspension could have been a contributing factor in the Poland shunt. 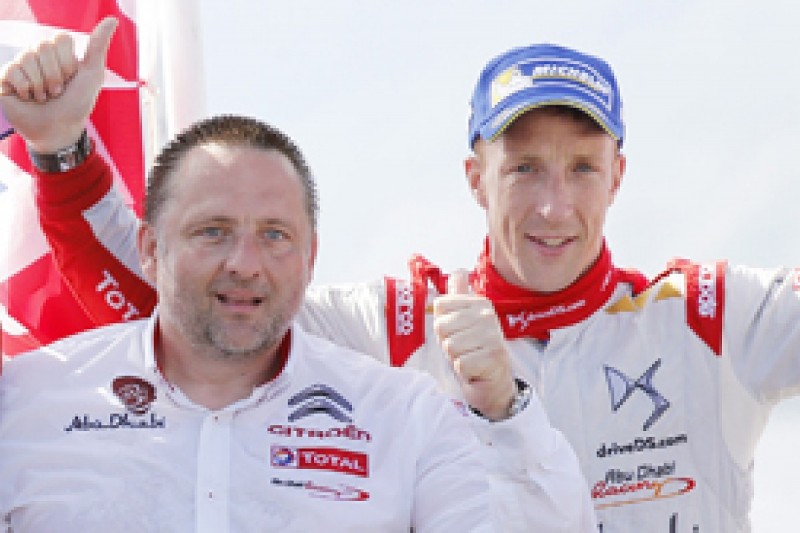 Matton said Meeke now needed to do more to justify a 2016 drive.

"This puts him in the position that he needs to do more results in the second half of the season if he wants a seat in a Citroen next year," he said.

"I won't decide who drives until after the last rally.

"In two rallies, he completely destroyed his victory.