Having been stood down for the last WRC round in Poland by Citroen, Meeke arrived in Finland - where he won last year - frustrated and lacking confidence.

But he put that aside to outpace Hyundai's Thierry Neuville by 0.1 seconds on the three-mile Ruuhimaki shakedown stage.

"Our test was so wet, it was good to get to drive the car in those [dry] conditions," said Meeke.

"I was able to take some confidence. We had some parts on the car this morning that I had never driven with before, so on the first run I had to understand [them].

"Today was like a proper test, we were changing a lot on every run.

"We have a good car: you can't win in Mexico and lead in Corsica without a good car, but the car's been inconsistent and I have as well. 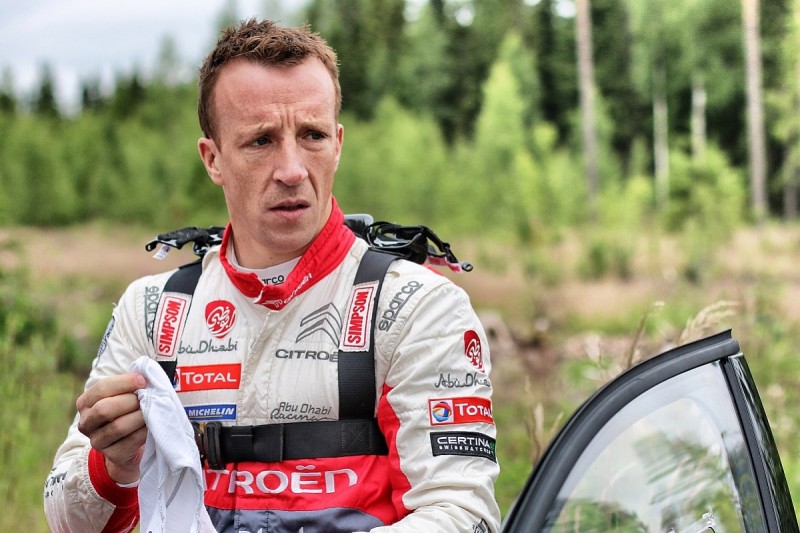 Meeke admitted his first shakedown win of the season helped his confidence, especially as the Ruuhimaki stage is properly representative of the rally.

"We all know that shakedown doesn't count for too much, it counts for nothing when the stages start tomorrow, but it shows I have a good rhythm and Ruuhimaki is very representative of what we've got to come," he said.

"We have the narrow section to start with and then it's wider and more Ouninpohja-like.

"If you can get the car working on this road, that usually translates into the rally.

"I don't have the same confidence I had last year when I finished the test, it's not the same feeling this time. But let's see."

M-Sport driver Ott Tanak was third, a further tenth of a second behind Neuville.