Hyundai's Hayden Paddon believes he managed to turn his 2017 World Rally Championship season around in Portugal, even though it proved to be another troubled event

At the previous round in Argentina, Paddon admitted he had run out of ideas for getting back on the pace and was at an all-time low.

"We made a lot of changes at our pre-event test in Sardinia, and I feel at one with the car now," said Paddon.

"I feel part of it for the first time [this season].

"The team said they would bring the car to me and credit to them, they've done that.

"We worked on the suspension and differential settings in Sardinia and it worked."

Paddon dropped back from the lead on Friday morning in Portugal when his i20 briefly cut out, then recovered to third before the problem returned in the afternoon and this time stopped him for over 10 minutes.

A steering issue hampered him later on in the event, and he was retired from his 29th-place result before the official finish to give Hyundai more freedom to work on the car before next month's Rally Italy.

"Your guess is as good as mine on the steering problem," Paddon said.

"That's the top priority right now, to get that sorted.

"The team's got the best of intentions, but it's just frustrating that it keeps happening to us - all the cars are built to the same spec, so it's just pure bad luck that it's our car."

CO-DRIVER CHANGE COULD BE PERMANENT 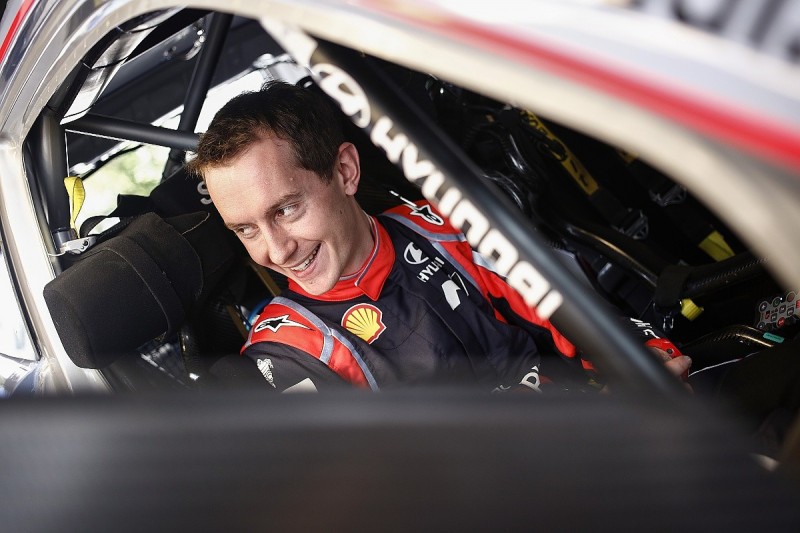 The original intention had been for Kennard to retire from WRC co-driving following Rally Finland at the end of July, but Marshall is now expected to stay in the car for Italy and could be there full-time.

"The plan was for John to stop after Finland, but that was before the injury threw a spanner in the works," said Paddon.

"Seb and I have started to build a rapport, but John's part of this project and we want to do what's best for everybody."

Marshall, who previously worked with Kevin Abbring, was delighted to lead a rally and set fastest times for the first time in his WRC career.

"Hayden said to that he feels like we've been together for years already, so I think that's a good thing. I'll wait to hear what's next for me now."

Hyundai team manager Alain Penasse said the co-driver decision was down to Paddon and Kennard.

"There's some emotion in this one, so it has to come from him and John," said Penasse.