Mikkelsen's debut in a Citroen will be a one-off for next month's Sardinian round.

Citroen has only won one rally - with Kris Meeke in Mexico - since resuming its factory WRC programme for 2017 and it currently languishes in fourth in the manufacturers' championship.

Team principal Yves Matton said Mikkelsen's deal had been prompted because Citroen's "results have fallen a little short of the targets set at the start of the year".

"At the same time, Andreas Mikkelsen has been actively looking for a drive in the WRC's top category," said Matton.

"We have therefore come to an agreement for him to compete at Rally Italy Sardinia in one of our C3 WRCs.

"We are all delighted with this opportunity."

Mikkelsen, who was scheduled to drive a Skoda Fabia in WRC2 again in Italy, will get a one-day test with Citroen before Sardinia.

Matton added: "Given his limited preparation, Andreas won't have a specific target for the rally.

"We'll be just looking for him to drive at a pace that is consistent with how comfortable he feels in the car." 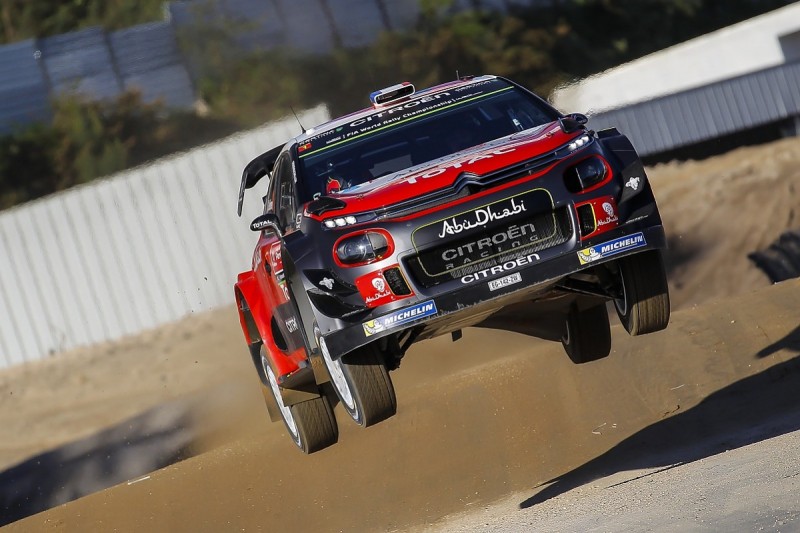 Mikkelsen was unable to find a new World Rally Car seat for this season after former employer Volkswagen's exit, but has been making strenuous efforts to get himself back into the top class.

"It's an open secret that I have been looking for a solution to keep competing in the top category of the WRC since the end of the 2016 season," he said.

"Citroen has an impressive competitive record in the WRC and I'm delighted to be able to work with a team like this.

"I can't wait to get my bearings in testing and then start working on preparing for the rally.

"I'll no doubt be short of running time in the car at the start, but the main thing for me is to be back rallying in the leading category in a strong team."

Matton emphasised that Lefebvre would be back in the car for the following round in Poland.

Lefebvre and Craig Breen were both kept on alongside team leader Meeke for Citroen's fully-fledged WRC return after auditioning with part-seasons in 2016.

But Lefebvre's best result of 2017 so far is eighth in the old DS3 in Sweden and he was only 13th in Portugal last weekend after an early crash.

"This is not a sanction of any kind, nor does it call into question our investment in the young drivers," Matton said.

"The decision is merely intended to maximise Citroen's chances.

"Stephane accepted that it was necessary to put the team first in this case; he will still be in Sardinia to take part in the recce and will then be competing at Rally Poland."