Hyundai: Nothing but Arctic Rally Finland WRC win will do

The squad already finds itself 22 points adrift of Toyota in the manufacturers' championship after last month's opening Monte Carlo Rally, which Sebastien Ogier won for a record eighth occasion.

Adamo publicly criticised the performance via the team's post-event communication, his anger fuelled by the retirement of Ott Tanak who subsequently picked up a suspended rally ban for a rules breach.

There was also significant media interest just days before the traditional season-opener when Thierry Neuville announced he would not be continuing his partnership with Nicolas Gilsoul heading into 2021.

"It is no secret that our season didn't begin in the way we had planned in Monte Carlo," said Adamo.

"Arctic Rally Finland gives us the opportunity to rectify this.

"All three drivers have finished on the podium in previous full-snow events, so we know they are capable of great speed in tricky conditions. 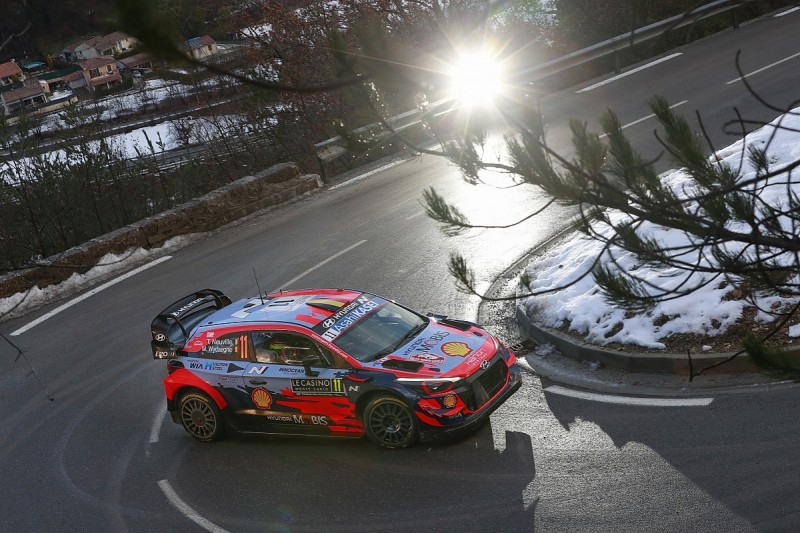 "A brand-new event is an exciting challenge, but there is no room for resting on laurels.

"We'll have to be at the top of our game on all three days - nothing less than victory will be a good result."

Preparations for the Rovaniemi-based Arctic Rally Finland have involved Tanak, Neuville and Hyundai protege Oliver Solberg testing the i20 Coupe World Rally Car extensively on roads in the Lapland area.

Tanak and Neuville also entered the Otepaa Winter Rally in neighbouring Estonia and dominated it from start to finish yet, in spite of this, both Tanak and Adamo believe that Toyota still has the edge heading into the only winter rally of the campaign.

Asked if preparations had gone to plan, Adamo said: "There is always something you wish you would have done differently, or you have ideas you wish were possible to test, but what is good is that I see people who are committed.

"I hope the situation will be better than [what happened in] Monte Carlo.

"There is always the way to try and make things better, but my character means it is very difficult to say that I am happy [with the team's preparations for Arctic].

"But it is our job - and our commitment - that we are in the World Rally Championship to win and to fight [M-Sport and Toyota]."