Its lead driver Thierry Neuville is 17 adrift of Sebastien Ogier in the standings, while the team trails M-Sport by 64 points in the manufacturers' standings going into the final three rounds.

After missing this week's Rally Catalunya, Hayden Paddon will return to a factory i20 Coupe WRC alongside Neuville, new signing Andreas Mikkelsen and Dani Sordo.

"We believe that this competitive line-up gives us a chance of keeping both drivers' and manufacturers' titles alive.

"Thierry scored a podium last year, something Andreas achieved in 2015, so we know their potential there. 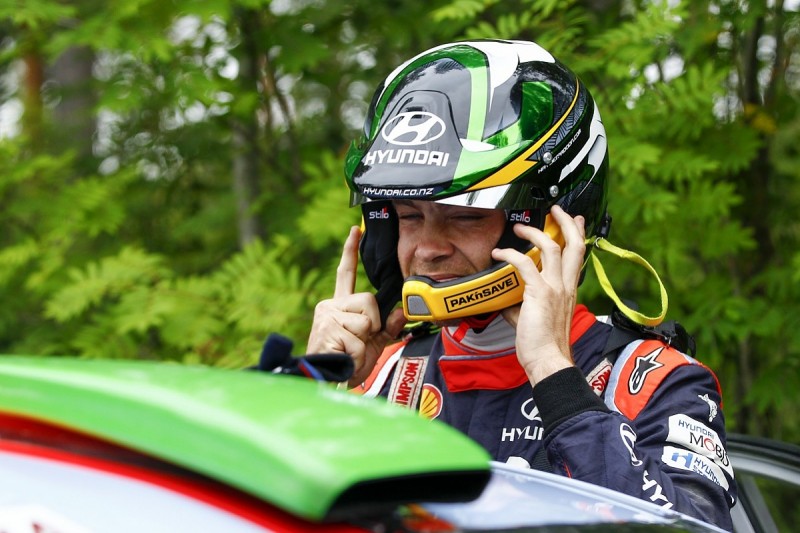 "Hayden has finished strongly in this event previously, so it will be the perfect occasion for him to return to form.

"Dani, meanwhile, as a previous podium scorer in Wales, will give us a solid benchmark in the fourth car."

Though running four cars potentially gives Hyundai more scope to get drivers ahead of Ogier, it can still only nominate three cars to score in the manufacturers' championship - with the best two finishers from each team taking points.

Hyundai is yet to announce its plans for the season finale in Australia.

It has all four drivers under contract for 2018, when Neuville and Mikkelsen are expected to be its full-time line-up with Sordo and Paddon sharing a third entry.

Andreas Mikkelsen: I join Hyundai as a WRC title contender