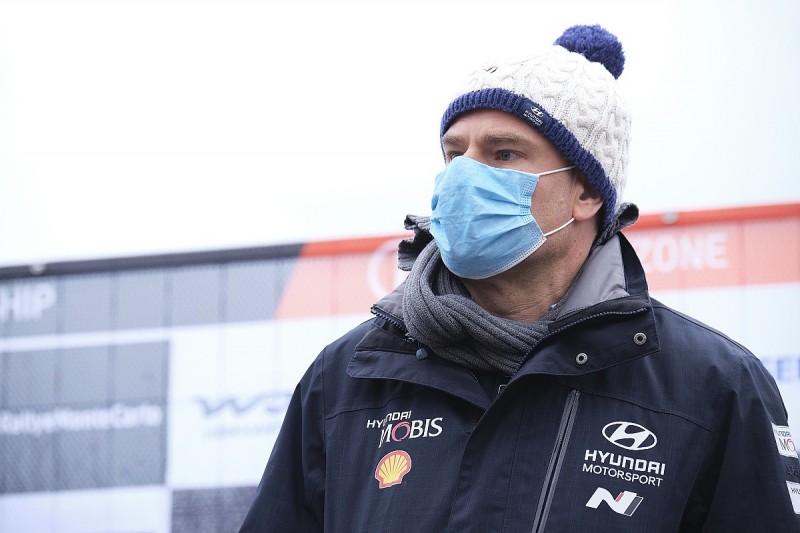 At the 2021 opener, Thierry Neuville and new co-driver Martijn Wydaeghe are the highest-placed i20 WRC crew in fourth place after three days of competition, seven seconds off a podium spot, while team-mate Dani Sordo is over a minute behind in fifth.

The mixed-surface event started in promising fashion for the Alzenau-based squad, with Ott Tanak charging into an early lead on Thursday before incorrect tyre calls and engine turbo problems during the course of Friday demoted him to third.

The woes for Hyundai and Tanak intensified on Saturday when he retired after suffering two tyre punctures and plummeted down the leaderboard for 14th.

Despite having just one spare in the boot of his car he eventually made it back to service where organisers deemed he was in breach of the rules due to there being insufficient rubber on one of the rims to drive on public roads.

"If we have to assess the picture as it currently stands, we cannot be proud of the job we have done so far," said Adamo, who also saw Wydaeghe and Carlos Del Barrio each handed a 400 Euro fine after failing to fasten their helmet straps for the Saint-Clement to Freissinieres stage. Current Rally Monte Carlo leader Sebastien Ogier also fell foul of the regulations and was given the same penalty. 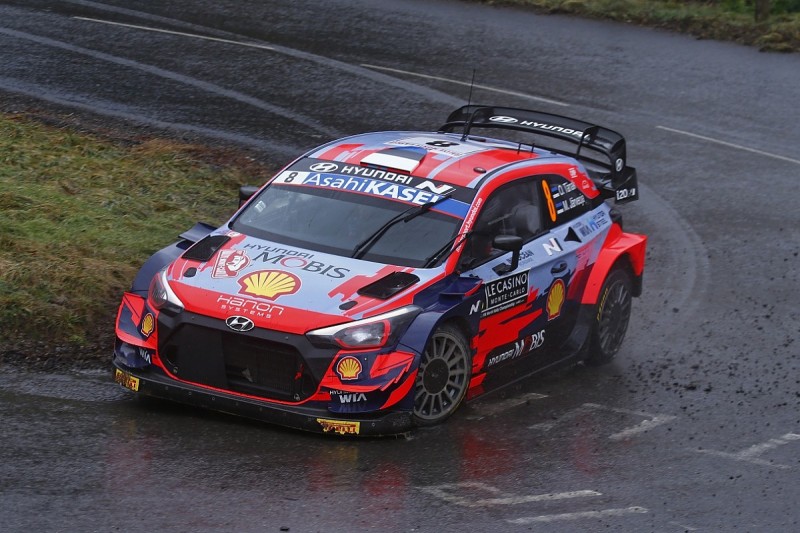 "It is not the kind of rally performance we wish to show and it's another day where we are just bringing things home," he added.

"Sadly, we lost Ott and Martin to a double puncture; it happened on the only occasion in the World Championship where we can't rejoin on Sunday, so the fans at home will not be able to enjoy another driver in the Power Stage. The rules are the rules, and we stick to them.

"There is not much more to add on a day that has not been at a Hyundai Motorsport level.

"Still, we have learned many times in the past the rally is never over until it is over. Monte is the flagship of this saying."

Toyota's three drivers currently lock out the podium places at Monte Carlo, and if the picture remains unchanged by the end of the event, it will have opened up a commanding lead in both title fights.