Paddon and Kennard took what they admitted was one of their hardest decisions ever to end a 12-year relationship after Rally Finland in the summer, with Marshall taking up the Hyundai passenger seat from Rally Germany.

Kennard, 58, told Autosport: "This decision had to come at some point.

"As you get older, you work harder at everything, but you do get fractionally slower and what I don't want is to stop after a mistake.

"We've been talking about this for the last year and now's as good a time as any.

"The focus for Hayden has always been 2018 and this gives him a transition period with Seb."

Marshall's move explains what appeared to be the strange decision to step aside from co-driving for Kevin Abbring at the start of the year.

"This is a massive opportunity for me and I'm delighted to be given the chance to compete at the highest level with a driver of Hayden's calibre - a proven winner - in a manufacturer team," said Marshall.

"This is the next step for me, to have a full world championship programme and a nice vote of confidence to take over from John."

Paddon and Marshall have already tested together and will compete for the first time at the Sanremo Rally at the end of the month in an R5 i20.

Paddon said: "John went back to New Zealand to retire 12 years ago, but instead he got in the car with me - it wasn't much of a retirement!

"And this isn't retirement for him now, he remains absolutely part of the team and he will forever be part of the journey.

"I don't think I could ever thank him enough for what he's done for me." 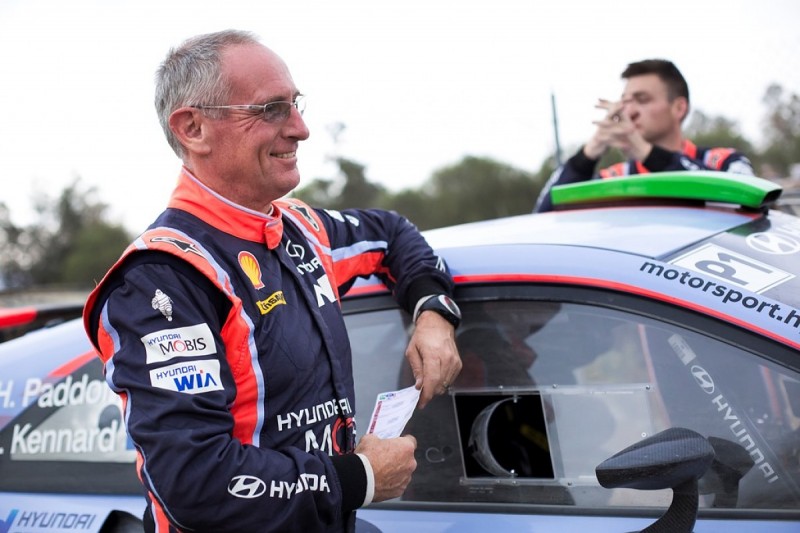 Sebastien Ogier could be excluded from Rally Mexico over gearbox