M-Sport will field a two-car attack on the World Rally Championship’s second tier, WRC2, in 2023, with Adrien Fourmaux heading the team’s line-up.

Fourmaux has been selected to pilot one of two M-Sport-run Ford Fiesta Rally2s next year alongside WRC2 regular Gregoire Munster, who will switch from Hyundai to Ford machinery.

The news ensures Fourmaux remains with the British outfit following a disappointing 2022 campaign driving one the team’s three Ford Pumas in the WRC’s top Rally 1 class.

M-Sport initially promoted Fourmaux to its WRC line-up last year on a part-time basis after the Frenchman impressed in WRC2. Five points finishes, including two fifths, earned him a seat in the 2022 Rally1 programme, which was blighted by a series if big crashes that resulted in five retirements.

Fourmaux was withdrawn from Acropolis Rally Greece and Rally New Zealand due to the damage sustained on his Puma following a crash in Belgium, and the team’s budget constraints.

M-Sport maintained that it would stick by the 27-year-old and today confirmed his new role within the organisation.

“I’m really pleased to be part of the team for the fourth year in a row, and I’m looking forward to being back in Monte Carlo next month," said Fourmaux.

“We have the opportunity to do an event with the Fiesta Rally2 just after Christmas which will be perfect preparation for Monte Carlo.

"I want to say a big thank you to the team for giving me their trust and the opportunity to drive in 2023, and look forward to seeing what we can achieve together.” 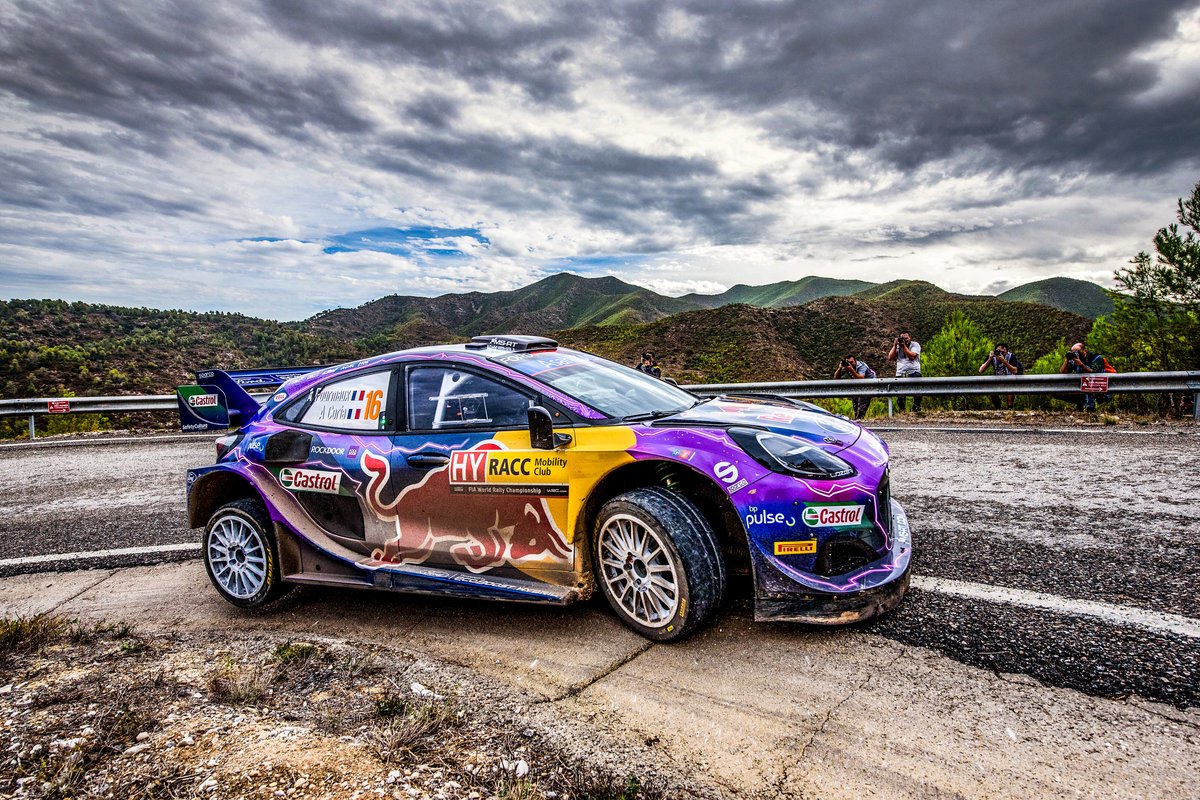 Fourmaux’s team-mate, Munster joins M-Sport after ending 2022 by claiming a maiden WRC2 win in Japan to end the season ninth in the championship standings.

The 23-year-old from Luxembourg made his WRC2 debut in 2019, spending the last three seasons driving a Hyundai i20 N Rally2.

“The plan for next year is to compete a lot of events in the Rally2, making use of my previous experience and discovering some events for the first time,” said Munster.

“I need to adapt to the car and want to perform well and get some good results.

“M-Sport is a real talent factory; if you look at [Elfyn] Evans, [Ott] Tanak, [Thierry] Neuville, they all come from M-Sport.

“I think it is the best place to evolve as a driver, the team is nice to work with and the car is strong.

“We have a good season ahead so the focus will be to maximise my work with the team to get some experience and grow as a driver.”

M-Sport team principal Richard Millener added: “I’m pleased to still have Adrien as part of the team as we launch the 2023 season and think this return to Rally2 will be an interesting challenge for him.

“He has seen success in WRC2 in the past and we know Monte Carlo is somewhere he can deliver results.

“I’m also looking forward to welcoming Gregoire to the team for the first time. It’s always nice to see new talent within our ranks and he has a strong record that we hope to build on.

“Gregoire gave a fantastic performance in Japan last month, and we will hope to see more of that when he joins us in Monte.”