Adrien Fourmaux holds on to his World Rally Championship drive with M-Sport for next month’s Rally Portugal after impressing on his top-flight debut at Rally Croatia.

The 25-year-old was consistently quick across the three days of competition, and managed to set nine top-five stage times with his Ford Fiesta WRC machine.

A trip into a grass bank as he negotiated a tight right-hander on cold tyres on the final day cost him the best part of a minute but it was the only blot in his copybook.

In his post-Rally Croatia comments, M-Sport team principal Richard Millener made it clear he was keen to see Fourmaux back in a top level WRC car at the earliest possible opportunity.

PLUS: How Ogier held on after a shock bump in the road to triumph in Croatia

Millener claimed the display bore all the hallmarks of seven-time WRC champion Sebastien Ogier, with Fourmaux’s energy and excitement at the ends of the stages helping to “lift the entire team”.

“He has a natural talent and ability that we are keen to develop, and I am pleased to confirm that he will return to the wheel of the Ford Fiesta WRC in just a few weeks’ time at Rally de Portugal,” said Millener.

“Discovering the power and performance of the top-specification Fiesta on gravel, this will be a completely different challenge and he is under no pressure – but we are all looking forward to seeing how he performs.” 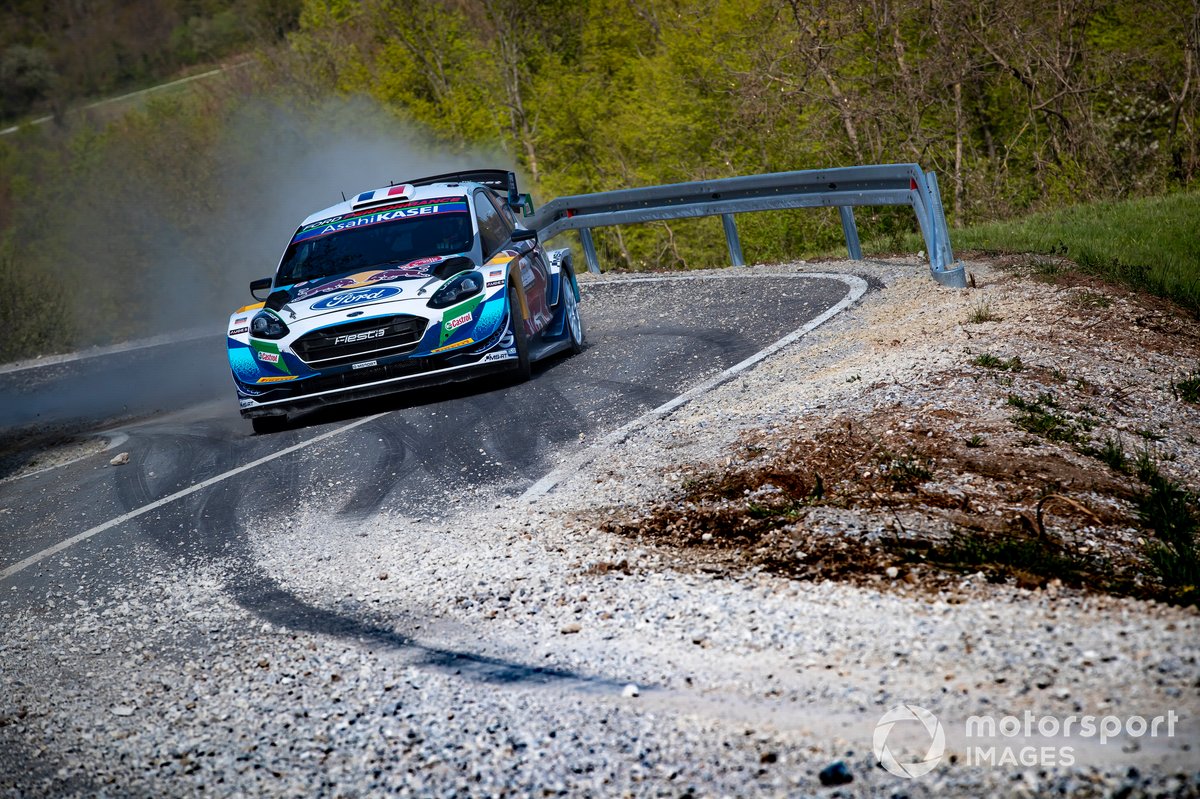 The decision to keep Fourmaux in the WRC squad for the Portuguese round means that Teemu Suninen will start his second consecutive event in WRC2 driving a Ford Fiesta Rally2 car.

“Teemu will be in WRC2 action again in Portugal, before returning to the wheel of the Fiesta WRC at Rally Italia Sardegna – an event he has always excelled on,” added Millener.

“He secured a career-best second place there in 2019, and who can forget that opening stage last year when he was a full 12 seconds quicker than anyone else.”

While Suninen has experience of the WRC’s Portuguese round, Fourmaux has never competed there before.

Fourmaux thanked M-Sport and Red Bull Motorsports for renewing "their trust and support [in me]”, adding: “This will be my first time in Portugal, and my first time driving the Ford Fiesta WRC on earth [gravel]. I can't wait to find out more.”