M-Sport Ford World Rally Championship driver Elfyn Evans will be back in a rally car for the first time in more than two months this week, following a back injury

The Welshman has spent the last 10 weeks on the sidelines following the injury sustained at July's Rally Estonia - a non-WRC event used as a warm-up for Rally Finland.

Felt good to be back and driving the car once again yesterday ? James Vincent pic.twitter.com/9hJREvAHcf

M-Sport managing director Malcolm Wilson told Autosport Evans will drive a Ford Fiesta R5 (similar to the one pictured below) in Greystoke this week.

"I've never known Elfyn so keen to do some PR work in a car," said Wilson.

"We have definitely missed him.

"When you look at the pace Teemu [Suninen] managed on days two and three in Germany, you can't help but think that's one Elfyn could have been in with a shot at winning." 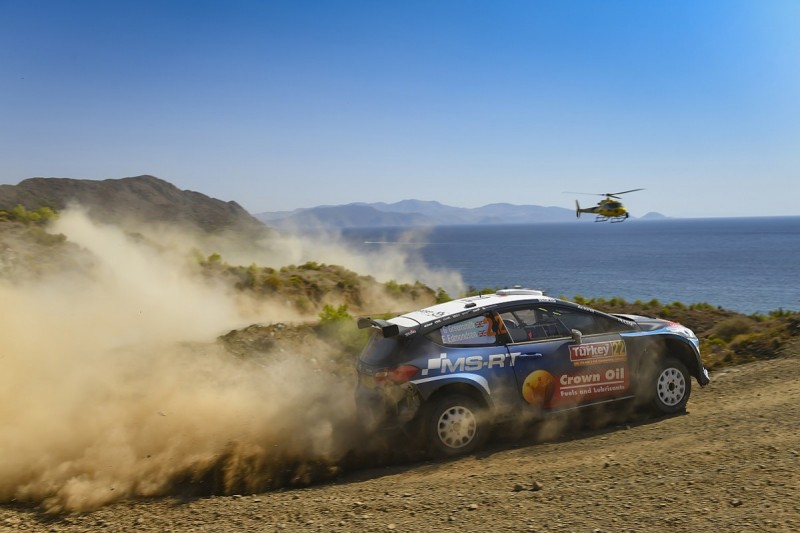 Evans missed Rally Finland, Germany and Turkey, replaced in the first two by Gus Greensmith while M-Sport ran two cars only in Turkey.

"It's such a relief to be back," said Evans.

"It's been painful sitting around waiting for this news.

"I've done some training, but I've had to be careful with my back - I'm glad I can stop with all that putting my legs in the air shit and get on with some hard work."

Evans will come back with a brand new Ford Fiesta WRC, and is expected to complete a pre-event test in Greystoke and Wales as he attempts to repeat his 2017 victory - his only win in the WRC so far - on the same rally.

"I've spent a lot of time watching onboards from previous years recently, and the route's pretty mega," said Evans of his home event.

"OK, there are some long days, but that's part of the challenge.

"I can't wait to get at it, to get into the test and onto the event."