Evans put up a valiant fight to take the championship battle into this weekend’s Rally Monza finale having reduced Ogier’s advantage from 44 to 17 points after a victory in Finland and a second in Spain.

Although admitting he needed Ogier to slip up to become the first British WRC champion since the late Richard Burns in 2001, Evans pushed Ogier all the way in an thrilling battle for the victory, that saw the lead change hands six times across the three days.

Ultimately the Welshman’s victory hopes unravelled when he locked up and ran wide on the penultimate stage of the rally, which allowed Ogier to extend a 0.5s lead to 7.3s at the finish, to seal victory and the WRC title.

“I’m a bit disappointed with today, I just locked up under braking and going wide and unfortunately I bounced off a hay bale, spun and stalled,” Evans told Autosport/Motorsport.com.

“It ended up costing us quite a lot of time and from there, there was no coming back unfortunately.”

Reflecting on his season, Evans believes he couldn’t have given much more energy to win this year’s championship.

While he enjoyed the highs of wins in Portugal and Finland, a crash in the Safari Rally in June and gearbox issues at the Acropolis proved costly.

"I think it's an okay season, I have given a lot of energy into it and I don’t think I could have given an awful lot more,” he added. 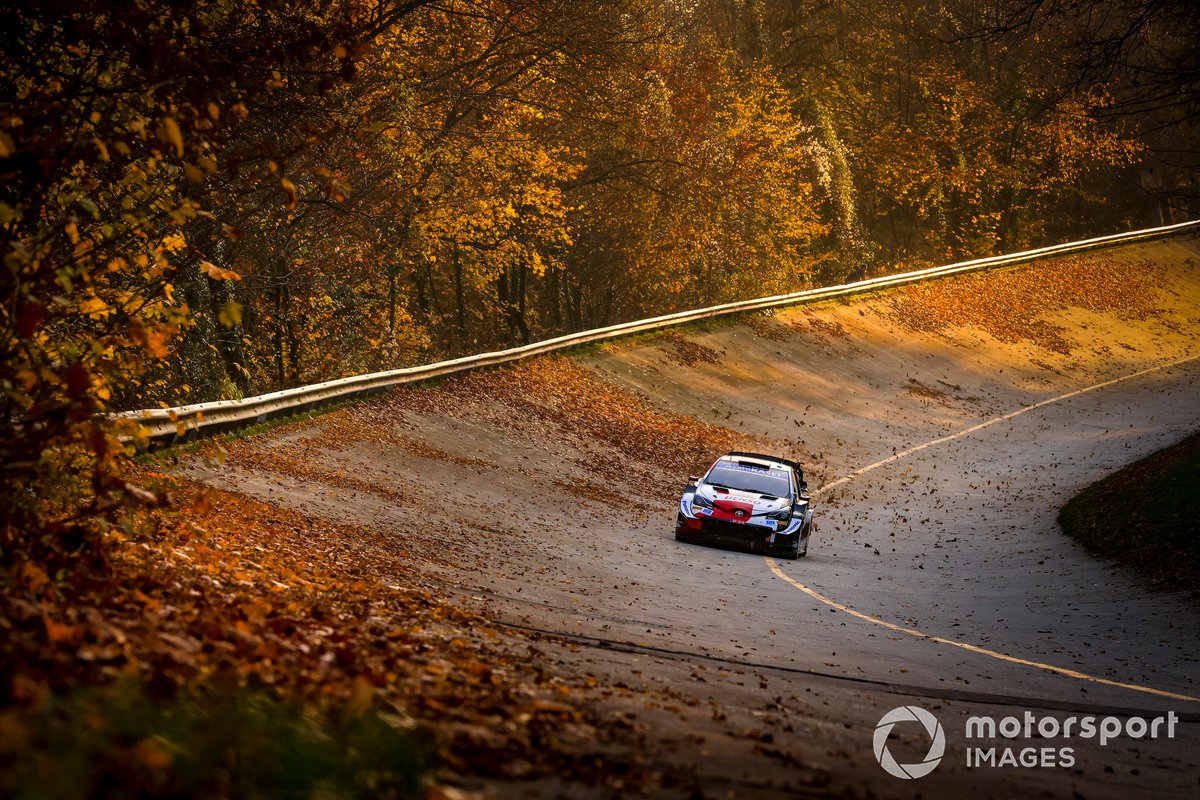 “But I can’t perhaps feel that I could have done more somehow sometimes on the day.

“Of course you look back, and regret is not the right word, but disappointment with how certain things unfolded, of course the Safari Rally was one thing, but that is part of the sport.

“We knew the title was going to go his [Seb’s] way today that is not a surprise. It was always a long shot for me.”

Evans was quick to pay tribute to the newly champion Ogier, who will step away from full-time driving in the WRC next year.

“Seb has had an incredible career. Obviously he is not finished with winning and with that fire in his belly he has been very difficult to beat and he has been all year, and he has added another win today,” Evans said of his team-mate.

“Big congratulations to him and a special mention to his [retiring co-driver] Julien [Ingrassia] as well. I wish him all the best.”

Evans will remain with Toyota for the WRC’s new Rally1 hybrid era with begins next season.