Elfyn Evans has been linked to Toyota and even Hyundai for the 2018 World Rally Championship after his second place on Rally Finland, but M-Sport is determined to keep him

"This was a very good drive from him and it's interesting to see what he is doing next season," said Makinen of Evans.

"There's always interest in the young guys when they are able to make results like this; it would be interesting to talk about next year."

Hanninen is widely expected to lose his full-time Toyota seat despite the Finland podium, especially given Esapekka Lappi won the rally in just his fourth World Rally Car start.

Makinen added: "We are still working on next year, nothing is decided in our team.

"We have to talk to the Japanese about what they want from next year and we are doing that at the moment. We know more soon after that."

Evans's M-Sport stablemates Sebastien Ogier and Ott Tanak are also understood to be targets for Toyota.

M-Sport team principal Malcolm Wilson said he was not keen to let Evans go, especially after his progress from a quiet early eighth place to second in Finland. 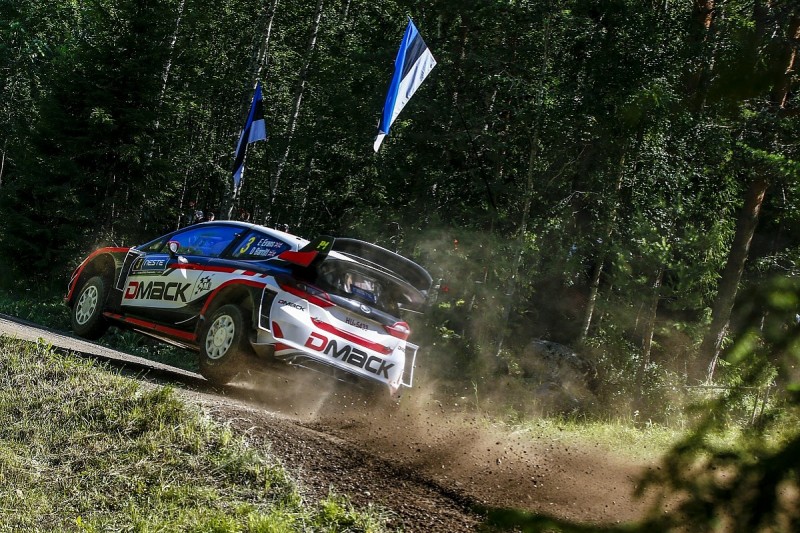 "Like I've said all along, the ideal scenario for me is that we keep the team as it is and that means Elfyn stays.

"I've been really impressed with what I've seen from Elfyn in Finland. We all know how quick the Finns are and we all know what it means to be right up there on that rally.

"Beyond the result though, it's the steely determination Elfyn showed once again. On Friday it was a really tough day, but he bounced back very, very well."

Hyundai has come close to signing Evans before, lining him last year in case Thierry Neuville went elsewhere for 2017.

How bonkers Group B replacements eluded the WRC