Lefebvre starts his WRC2 campaign on the Tour of Corsica next week.

Work on the R5 C3 began at the end of 2016, with the first test coming in September last season.

After input on it from Lefebvre and factory drivers Kris Meeke and Craig Breen, team principal Pierre Budar is confident the C3 is ready for competition.

"The target we have set Stephane Lefebvre in entering him in the WRC2 in the C3 R5 is to win the championship, in order to show the potential of the car, both in terms of performance and reliability on a wide variety of surfaces and in what is a highly competitive series," said Budar.

"Stephane will be in the spotlight, showcasing the brand.

"He has two undeniable assets, starting with the fact that he participated in a large part of the development testing. So he knows the car well and will be sharp coming into the rallies, especially as each time, he will have a pre-event test.

"He also has experience of the events since he contested most of them last year in the WRC." 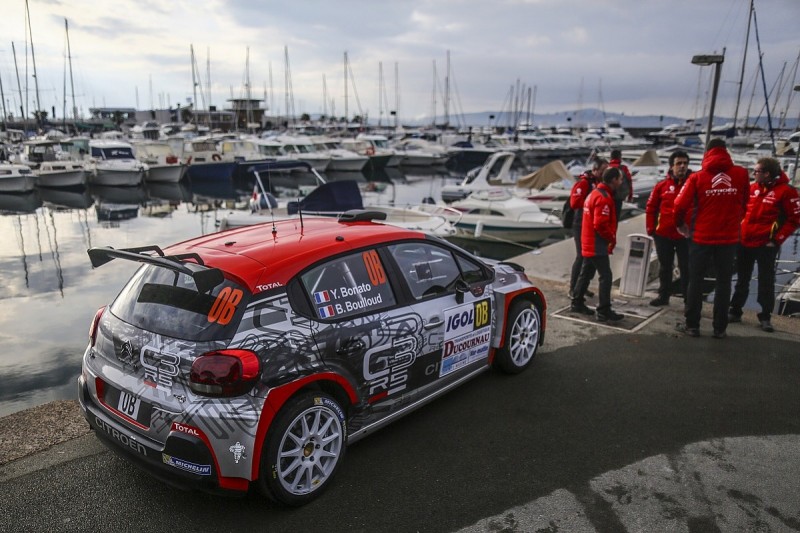 Lefebvre's complete programme has yet to be finalised, but he will initially compete in Portugal and Sardinia after Corsica.

Although the WRC is three rallies into its season, the C3 R5 and Lefebvre are still able to win the championship thanks to the WRC2 scoring rules. Drivers take points from six of the first seven rallies they register to score in.

Citroen has developed its own 1600cc turbocharged engine for the R5, including the electronics, but transmission and suspension has been outsourced to mirror M-Sport's Ford Fiesta R5 with Sadev and Reiger respectively.

As well as Skoda and M-Sport's customers, Citroen's R5 rivals include Hyundai's new project in the secondary tier and the Polo R5 with which Volkswagen will make its WRC return later this year.