The FIA reduced the number of test days available to each factory team from 55 to 42 at the start of the season.

That change, allied to the relaxing of regulations on running current specification World Rally Cars on national rallies, has led to factory WRC teams entering national events much more often.

Budar wants to see some of those national entries being deducted from a team's test allocation - specifically in situations such as Hyundai entering Sebastien Loeb in an i20 Coupe WRC on this weekend's Rally Vosges in France.

Vosges runs on similar terrain to Rally Germany. Loeb is not expected to tackle Germany's WRC round in August, but he will generate valuable data for the team that will be relevant for the event.

The potential for factory drivers to participate in national rallies was discussed at last month's WRC Commission meeting, with the FIA reported to be taking a watching brief.

"I think it's not fair what is going on," Budar told Autosport.

"It's one way to go around the rule of the number of test days set out by the FIA.

"We have requested [to the FIA] that when a P1 [ranked] driver scoring for the manufacturer is doing a national rally, this has to be considered as a test.

"If it's another driver, a gentleman driver or a young driver doing training for the future, it's different.

"But when it's a P1 driver, for sure it's some testing.

"I understand it's nice to have World Rally Cars in the national championships, it's good to promote the rally in those countries, for the media and the fans to see the cars, but let's do it with other drivers and give some other drivers a chance to drive these cars. This is our only request.

"It's not planned for us to do any national rallies." 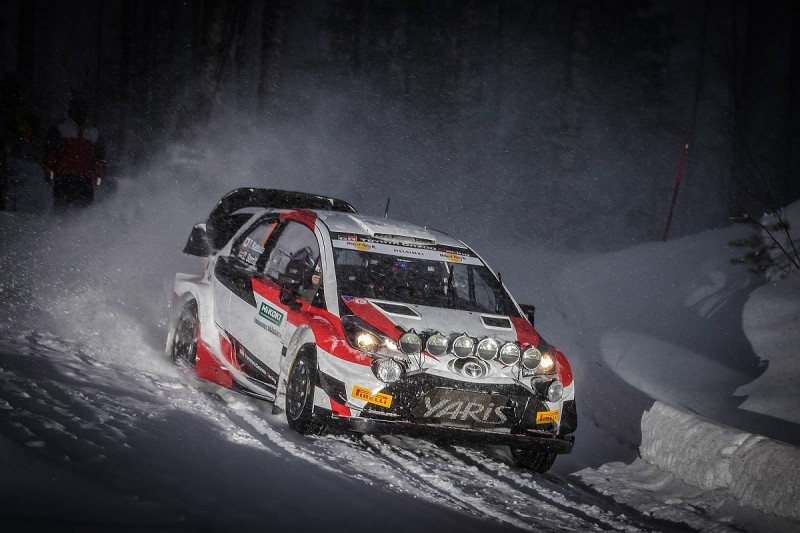 Toyota and Hyundai have also run their junior drivers Takamoto Katsuta (pictured above) and Jari Huttunen on Finnish Championship rounds.

Toyota sporting director Kaj Lindstrom said increasing the number of test days could be an answer.

"What do we do if a car retires from a rally and comes back [on a WRC round via Rally 2 regulations], do we then count that as a test day as well?" he said.

"For me testing is different to rallying. With Katsuta it's more about his learning curve.

"When they reduced the test days, these things start to happen. Should we just have a greater number of test days?

"If doing the [national] rallies is an issue then let's increase the number of [test] days. But what happens if there's a rally we need to do for promotion? Do we then use a test day for a promotional rally day? If it's a rally, it's not a test."

Asked if he could see Budar's perspective, Hyundai director Andrea Adamo told Autosport: "It's not that I understand or don't understand. I don't care.

"There are rules and I am just using them.

"I think Pierre is a nice guy who is doing well. But sometimes he has to understand, there are rules and there are things which are allowed.

"I can understand there are things he is doing more than well with the possibility he has, maybe he doesn't have the budget the others have.

"I come here doing the best I can with the rules and possibilities I have. I can't complain about something that it's possible to do."