Breen made his first WRC start since being dropped by Citroen for 2019 last weekend, after securing a late deal to contest Rally Finland in Hyundai's third i20 Coupe.

The Irishman impressed there, fighting for a top-five finish for the majority of the event before dropping back to seventh in order to boost team-mate and championship contender Thierry Neuville's result.

Breen is also thought to be in contention for more outings with Hyundai this year, and for a seat in the WRC next season.

Hyundai team principal Andrea Adamo stopped short of confirming a deal was done for Breen to contest Britain's round of the WRC, but said he had "made a plan" and that there was "potential" for future outings.

"I have no contract with Craig," said Adamo, "but yes, there is a potential opportunity moving forward.

"I already have in my mind what I would like to do. "I made a plan [about] who goes where and there was a name similar to his [Breen] in there - he deserves it."

Asked if Breen had opened the door for a 2020 deal, Adamo replied: "He has shown he has the pace and he's smart enough to work in a works team.

"He is good in testing and I see just good things out of this event together.

"In life there are train's passing by, if you are smart you jump on - if you are the fool then you put them in the dustbin.

"I think in Finland, in the last few days, we have seen who is smart and who is not." 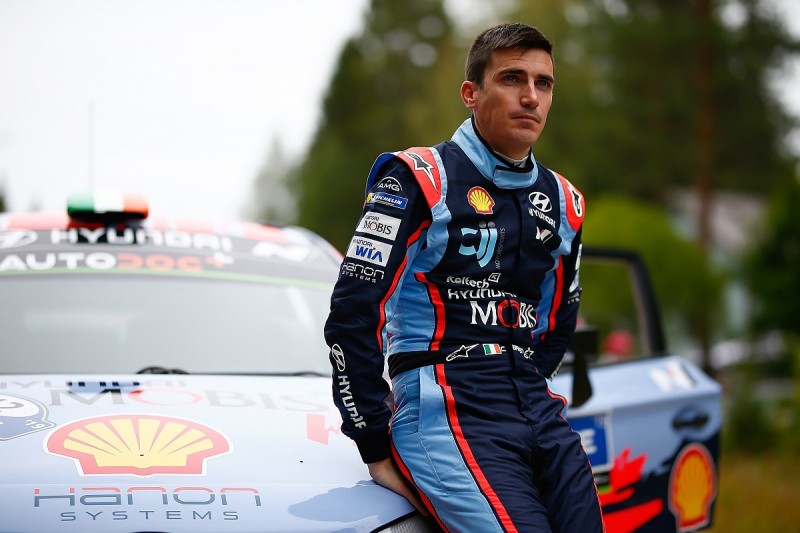 Breen, whose Finland outing was his first in a latest-generation World Rally Car with co-driver Paul Nagle, said his performance "surpassed my expectations".

"My whole plan before rally was to be in position to have to slow down and let somebody by," he said.

"That's all I could target and that's exactly how it panned out.

"I know it's an odd thing to say and it's probably the only time in my career I'll be happy to slow down for somebody, but that's the truth.

"It was the first event for me and Paul [Nagle, co-driver] in the big [World Rally] car and know it can only get better from here. I'm delighted."

Hyundai confirmed on Tuesday that Neuville, Andreas Mikkelsen, and Dani Sordo will contest the next WRC round, Rally Germany, in later this month.