The M-Sport driver has dropped from fourth to sixth in the WRC standings after three consecutive rallies where the Irishman has hit trouble.

After finishing second in Sardinia, Breen was forced to retire from a strong position at Safari Rally Kenya when he suffered a puncture, before a broken steering arm on his Ford Puma curtailed his running.

In the following round in Estonia, Breen misjudged a braking zone and ran wide into the grass where he subsequently hit a concrete post hidden in the undergrowth. The impact damaged the suspension forcing him out of the running for a strong result.

Breen was also running inside the top five in Finland two weeks ago when he misjudged a crest and hit a rock-filled bank that ripped the right rear wheel from the car.

This weekend, the Irishman intends to get his season back on track at a rally in which he won in 2019 and finished second on the Ypres asphalt last year.

“Honestly I’m trying not to think about it [the pressure] too much and I will go and drive the roads here, enjoy it and see what happens, that is the plan,” said Breen, who has scored two podium finishes so far this season.

"What is happening is bad luck but we are doing mistakes as well. I have had similar moments last year and for some reason luck is on your side and you pass through them a bit like Kalle [Rovanpera] in Finland when he had a couple of moments. That is how it is. 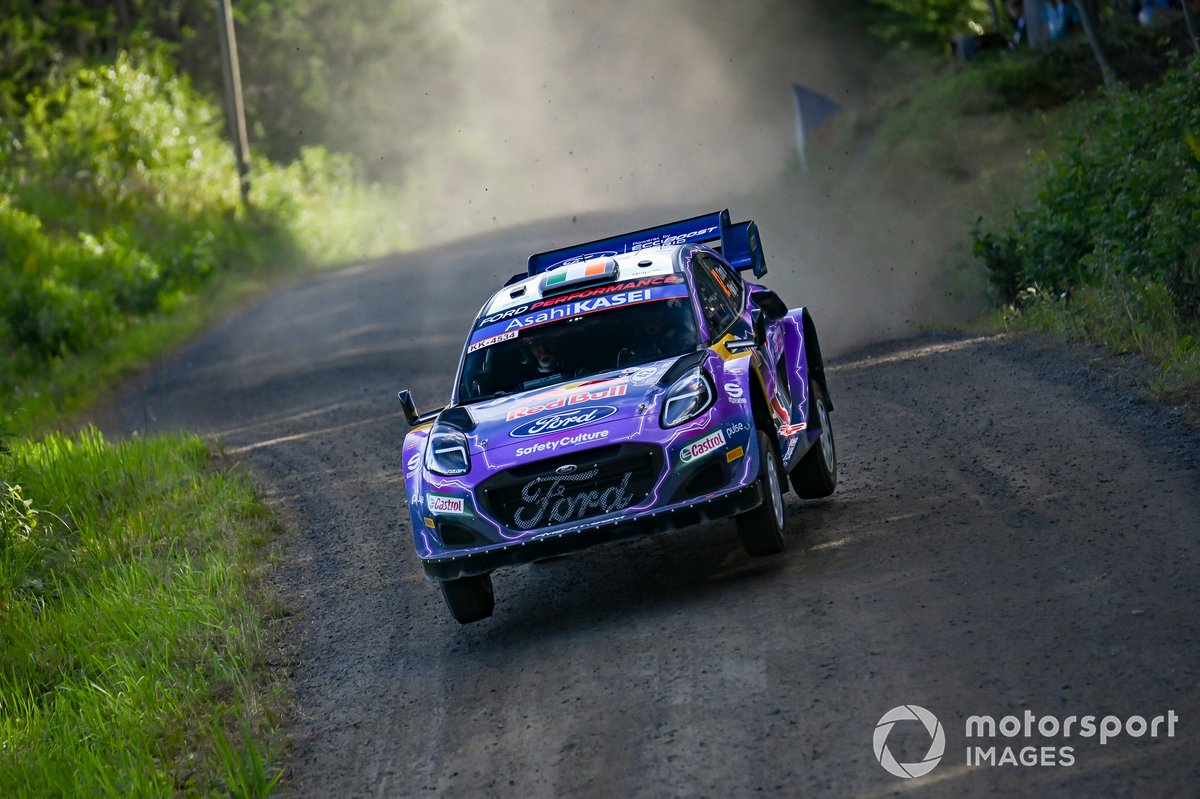 “I just want to try and get over the weekend and try and get a finish, and it is so important now after what has happened over the last couple of rallies.”

M-Sport boss Malcolm Wilson believes dealing with pressure is part of the reason why Breen has struggled for results in recent rounds, and feels that his driver needs to try and relax more behind the wheel.

“I think that [dealing with pressure] is definitely a part of it,” Wilson told Autosport.

“The trouble is, it is easier said than done but the more relaxed he can be as a driver the better the results will be. That is the key ingredient for Craig to get some results.

“This has been the most intense calendar and timescales ever to turn cars around. It would be nice for the team to get a nice confidence boosting result to be honest.”

While the win helped his mental preparation, an engine fire on his Puma wiped out the majority of this pre-event test day in Belgium last week.

“Our test was very difficult and I have a lot of work to do on the shakedown to get a feeling of the tarmac as I didn’t really get going properly on the test," he added.

“Shakedown is a good stage so we will try to get the best we can out of it.”