Citroen had been one of the favourites for the 2017 WRC, following Volkswagen's exit and its own '16 sabbatical developing its new car.

However, it has been limited by issues caused by suspension set-up, winning only one of the first six rallies - in Argentina with Kris Meeke - and sitting fourth in the manufacturers' championship.

Part of Citroen's 2003 'dream team' with Sebastien Loeb and Colin McRae and having won in its Xsara WRC, Sainz was at last month's Rally of Portugal and spoke extensively with Meeke about the 2017 car's set-up.

"If you look back in my interviews from some years ago, you will see I was always demanding from the FIA the lighter car, more powerful, aero car," he told Autosport.

"When I understood for the first time that the FIA will allow these cars then it was really good news.

"Unfortunately I didn't live these cars myself, but it's important for the championship and for the sport.

"I would be really interested to try one - I must talk to Citroen to see if they are interested." 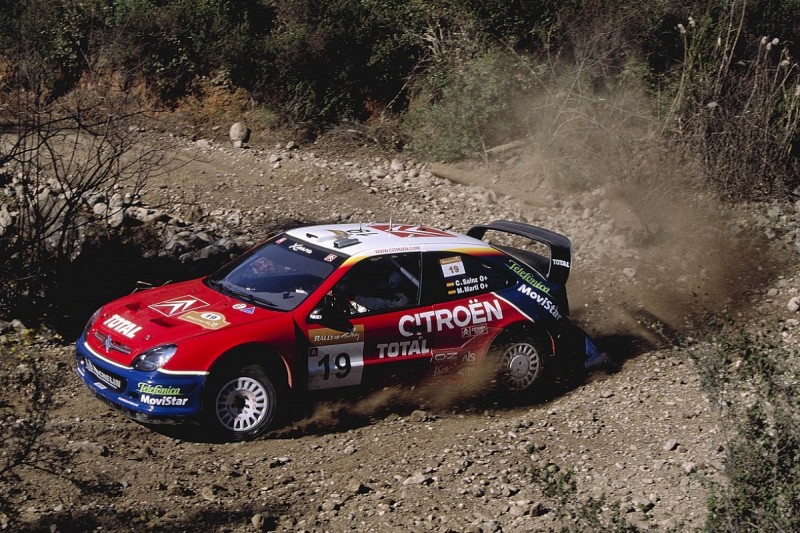 Sainz's primary programme is now in cross-country rallying, including Dakar, with Citroen's sister brand Peugeot, within the Groupe PSA umbrella.

Asked directly if he would be prepared to test to try to help Citroen find a suspension solution, Sainz replied: "I work for the Groupe, so this is something they need to think if I can help or not.

"It would be good fun to drive a World Rally Car and it's always good to have different input from a different driver.

"Don't forget I have been in a [Volkswagen] Polo and working in a Polo not so long time ago.

"For me it's always been a good challenge to make the car as quick as possible."

Citroen team principal Yves Matton said there were no plans to use other drivers yet, but he accepted Sainz's experience could be valuable.

"Carlos is working with PSA, so it would be easier to work with Carlos than with any other driver, that's for sure, but it's not planned for the moment," said Matton.

"He has experience of the Polo before he went to Peugeot and he has a great knowledge of the rally and the principles you need to develop a rally car."