The route for Rally GB 2017 will be one of the World Rally Championship's season toughest challenges, featuring early starts, late finishes and night-time stages

While the overall length of Britain's WRC round on October 27-29 has been reduced by 16 miles to 190, the time crews are away from the service park and on the road has increased.

Saturday evening stages have returned in response to complaints from crews last season.

A 16-hour Saturday starts with the first car into service at 0610 and returns to Deeside for the final time at 2236. Sunday's final morning then gets under way at 0530.

Bringing the cars out of mid-Wales to tackle the Cholmondeley Castle RallyFest on Saturday afternoon caused frustration last year as they then returned to service without tackling any more forest stages that day.

Rally director Ben Taylor said addressing that was one of the priorities in the 2017 itinerary.

"We listened to what some of the drivers were telling us last year and the message was clear: they didn't want to be heading back to service having finished their last forest stage of the day so early," Taylor told Autosport.

"We have changed that. Now the cars come back to service on Saturday afternoon and then go back out to do a second run of Dyfnant and the single pass of Aberhirnant - we're going back to what we did a couple of years ago by running the cars in the dark."

Cholmondeley was the first competitive WRC stage in England since 1997 and attracted twice the number of spectators than had been expected. 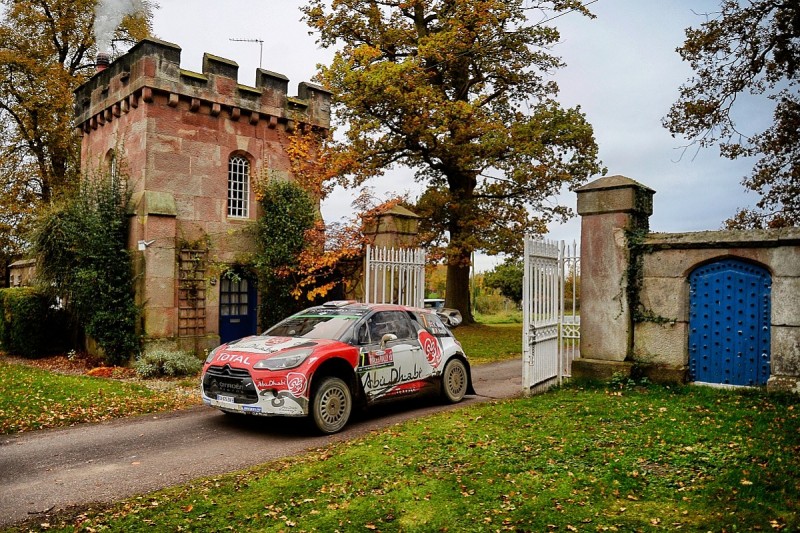 "Cholmondeley was a great success, but to make it work, we need it to be running around three o'clock and to do that we have to leave the forests just after one o'clock," Taylor said.

"The challenge for us with this rally is to find a compact route which is commercially viable and consumer-friendly.

"We want to grow the audience and one of the ways we can do that is by going to Cholmondeley.

"Maybe that compromised the sporting aspect slightly last season, but this route also offers the addition of an afternoon visit to the service park."

Among other changes are the departure of the closed-to-spectators Pantperthog stage from last year and the return of Gwydyr to replace Clocaenog on Sunday.

Taylor is pleased with the overall challenge of the route.

"We don't have the most competitive kilometres in the championship, but what we do have is a very, very demanding route," he said.

"This event's going to be hard work for the crews - they wanted more of a challenge and I feel that's what we've delivered."

The extremely popular Chester control will return on Friday night, bringing the event into the city centre, and ticket prices have been frozen for the eighth successive season, with the rally focusing on extra hospitality and sponsorship income instead.