Reigning World Rally champion Sebastien Ogier edged into the lead of Rally Turkey, as his Citroen team-mate Esapekka Lappi made a mistake in the afternoon loop on Saturday.

Ogier's afternoon got off to the perfect start as he won SS11 Yesibelde for the second time, having also won the same stage in the morning loop, and closed the gap to Lappi down to 2.2s.

The 2018 WRC champion was fourth fastest in Datca, and gained 6.9s on his team-mate, as Lappi made a small mistake towards the end of the stage.

Lappi's error cost him the lead to Ogier, but he fought back brilliantly to win Kizlan and close the gap down to 0.2s at the end of the day.

Andreas Mikkelsen retains third after having a consistent afternoon loop, but is 1m17.1s behind Ogier, while M-Sport driver Teemu Suninen finished the day in fourth.

Tyre wear was a major factor in all three of the afternoon stages, but Dani Sordo was able to look after his tyres better than most, and had a productive loop, ending Datca second fastest - though he remains just under a minute behind Suninen. 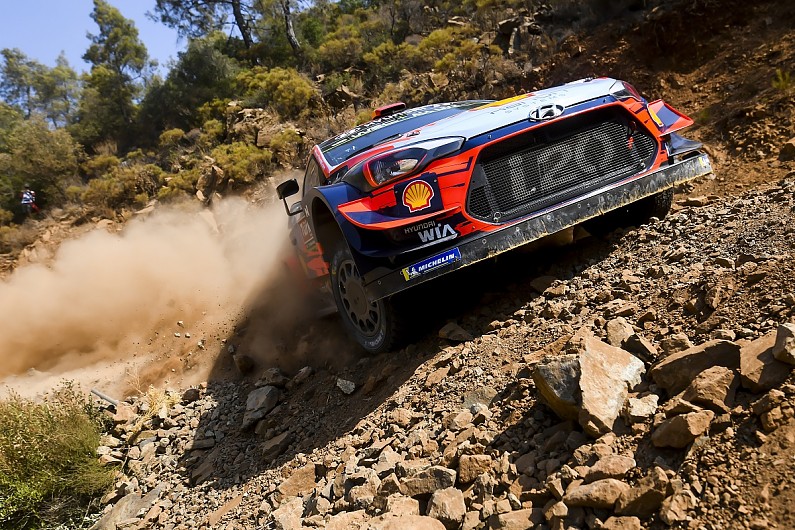 Once again, Kris Meeke had an eventful loop as he moved up into sixth position ahead of Jari-Matti Latvala after SS12, but his hard work was undone when he had a small crash 4km into SS13 Kizlan, having lost all grip, and dropped back to 15s behind his Toyota team-mate.

Thierry Neuville won Datca in the second loop before going second fastest with his Hyundai i20 in Kizlan, but despite his pace, he remains eighth, 4m38.2s off the lead as a result of his mistake on Saturday's morning stages.

M-Sport driver Pontus Tidemand is ninth with the Skoda of Kajetan Kajetanowicz rounding out the top ten.