Toyota's Ott Tanak says it will be a "big challenge" to repeat last year's Rally Germany victory, which was "one of the most difficult" in his World Rally Championship career.

Rally Finland winner last time out, Tanak is chasing a third successive win in Germany this weekend, a feat last achieved by Sebastien Loeb in 2007-2009.

Tanak won Rally Finland, Germany and Turkey in a WRC hat-trick last year. In Germany he was pushed hard by six-time WRC champion Sebastien Ogier until the latter broke a wheel on Saturday afternoon.

"Germany is obviously a rally that I like a lot," said Tanak.

"Martin and I have won there two years in a row and our target this year is definitely to make it three.

"It's certainly not an easy rally. I think last year was one of the most difficult wins in my career, as the competition was very strong and I had to push really hard from the beginning.

"It's a big challenge for a driver to have so many different types of road in one rally, and to try to be fast on all of them and not make any mistakes.

"We know that the weather is often a big factor as well, and it can be very hard to predict." 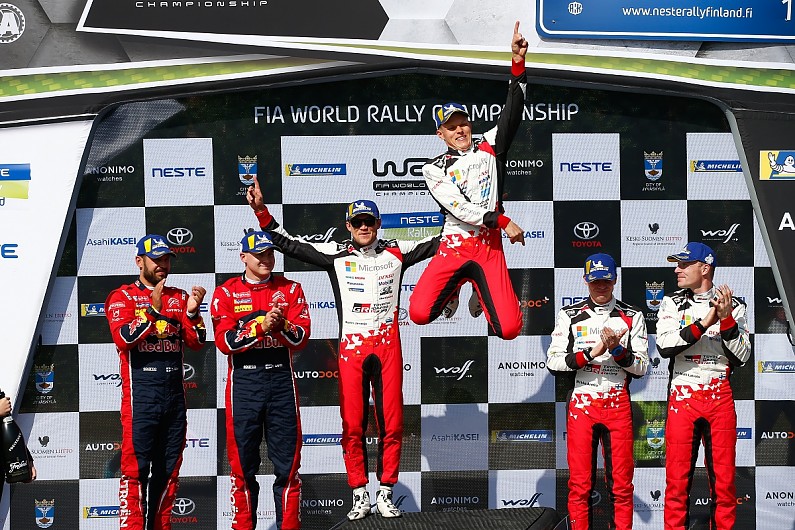 A Tanak win would be a big help to Toyota's manufacturer championship bid. Both Tanak's team-mates Jari-Matti Latvala and Kris Meeke made mistakes while following Tanak in the top three in Finland, and while Tanak won comfortably and Latvala recovered to third, Meeke's retirement means the squad is 24 points adrift of Hyundai in the standings.

While sources close to the team confirmed after Finland that Latvala and Meeke faced uncertain futures after this season, Tanak is expected to renew his contract in the next month, rejecting interest from Hyundai and his ex-team M-Sport.