New Toyota World Rally Championship driver Kris Meeke says the manufacturer's Yaris is the best car he has ever driven and gave him "no stress" on the Monte Carlo Rally.

Meeke finished the 2019 season opener in sixth, five and a half minutes down on winner Sebastien Ogier, but that was largely a result of time lost to two punctures caused by wheel-rim issues - the second costing him more than three minutes in one hit.

"This is the best car I've ever driven, bar none," said Meeke. "It just felt so nice.

"Let's not forget I won this powerstage in the Citroen last year, but the line on that car was fine.

"In the Yaris, I feel I can squeeze everything from the car and push it hard and it's all there under me - there's no stress and no worries.

"I've been excited from the first stage. I'd never driven the car on studs on dry asphalt before, so I didn't know too much what to expect. 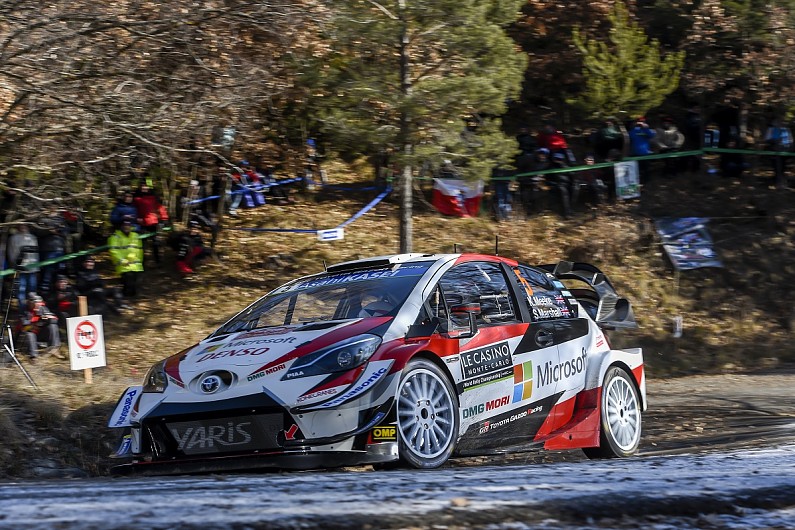 Nine-time champion Sebastien Loeb said Meeke's speed on the powerstage was "incredible", amid wider concerns about the pace of all three Toyotas in Monte Carlo.

But Meeke, who will test the Yaris in a Rally Sweden set-up for the first time this week, said he would be "back to square one" for the second round of the season.

"[In] Sweden against Ott [Tanak] and Jari-Matti [Latvala], I'll be up against it there," he added. "I'm looking forward to every event.

"I remember when I started the defence of my IRC [Intercontinental Rally Challenge] title in 2010. The first rally with consistent conditions was Brazil and I went out there and won.

"Everybody said, 'Ah, here you go again dominating...' but in the back of my mind I knew Juho Hanninen had taken 10 or 11 seconds out of us in some stages.

"I knew it would be tough and in the end the Skodas annihilated us. Here it feels the other way around."