The Welshman was critical of the organisers of the Deeside-based event for using what he feels are the wrong roads.

Britain's round of the WRC will include action on public roads for the first time, after the Welsh government adopted Westminster legislation to devolve power to close roads to local council.

Evans told Autosport: "It's not a bad route at all, but there's a lot of road closures in there and maybe that's to the detriment of the route.

"Don't get me wrong, I can see the benefits of the road closure in places like Penmachno, but they shouldn't do it just for the sake of joining roads.

"They should do it to open up fantastic stages and the one I would like to have seen is Dyfi and Gartheiniog; joining those two would have made a hell of a stage."

Contrary to the last five years, the 2018 Rally GB route will only spend one day in mid-Wales for the first time in 21 years, with Friday and Sunday in north Wales to facilitate a return to the service park for lunchtime service on day one.

Evans added: "We all know the rally has to be based in the north for the hotels and service park infrastructure, but the stages for the rally are really in mid-Wales.

"The quality of stages we get in Dyfi or Hafren or Myherin are some of the best in the world. Those roads are the ones to use.

"Penmachno and the stages up in the north are fantastic, but I'm just not quite sure they have the same flow and feel as the ones further south." 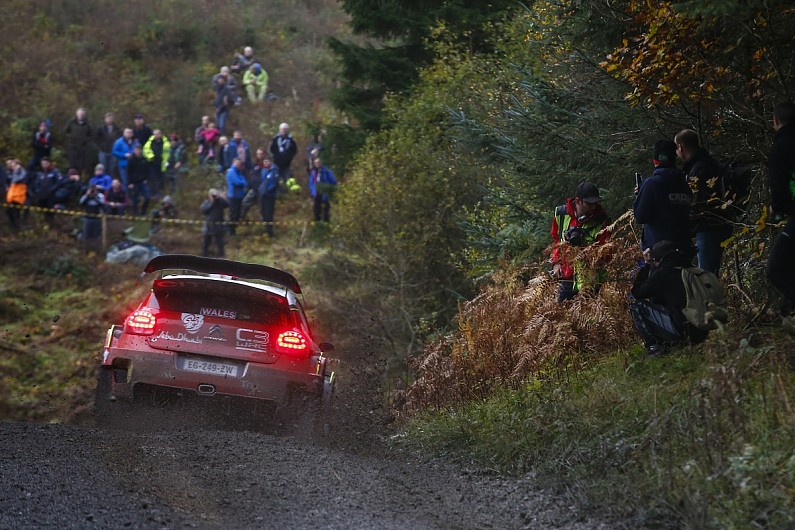 Citroen's Kris Meeke said he was in favour of the revised Saturday.

"Saturday's a proper, proper day with Sweet Lamb, Hafren, Myherin, Dyfi and all those classic stages in one - that's really good," he said.

"There's plenty of options for the spectators as well, hopefully we'll see plenty of people out there."

Rally GB managing director Ben Taylor stood firm on his selection of the route, telling Autosport: "I completely understand Elfyn's point about Dyfi and Garth; it's probably the most obvious use of the new legislation and we did look at it closely.

"But the new law was only in force at the start of February, so we decided we would only close roads in Conwy County this year, so we could make sure that we got the process right and didn't get over-ambitious in year one.

"We've been working on this for a year, to create a fantastic, innovative route that changes the format of the rally specifically for two main reasons: to address the concerns of the teams from previous years and to take this great event to the people to make new WRC fans."