A lack of snow and ice forced the cancellation of nine stages in 2016 and though there was a good ice base for this year's event last weekend, the absence of snow banks concerned Mahonen.

"This rally has to be snow-sure," he told Autosport.

"That is not optional and we will be firm on that.

"We are missing more snow. When we have snowbanks they make the event much more safe.

"The roads are similar to Finland and Poland, they are very fast and we need snowbanks like we need the snow and the ice."

Mahonen said the rally organisers had "played high-risk" with their choice of location in recent years.

"They have been fortunate, but now we and WRC Promoter have been very clear: this is a snow rally," he added.

"Of course it helps that you are a good organiser, but the circumstances have to be right." 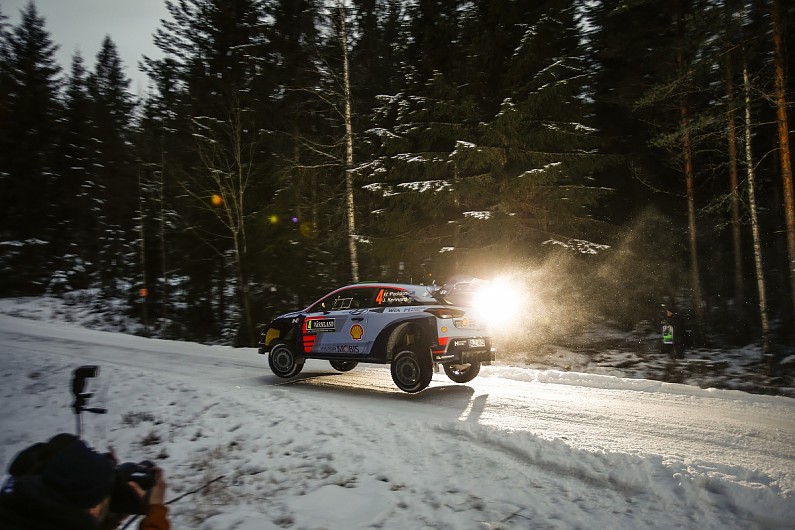 "The weather is a little bit upside down everywhere right now," she said.

"We have some places much further north than here where there is hardly any snow and warmer temperatures.

"As much as we have the question of latitude, maybe we have to think more about the altitude as well."

The higher altitude stages on Rally Sweden are found across the border in Norway, where the conditions have tended to provide more snow.

Lundqvist accepted that looking at more Norwegian action could be a possible way forward.