Latvala is understood to have agreed terms with Tommi Makinen's Toyota Gazoo Racing team this week and he will begin testing the Yaris WRC after the team launch in Helsinki next Tuesday.

Autosport's sources have confirmed Latvala will join Juho Hanninen as a frontline driver in Toyota's first WRC campaign since 1999.

Esapekka Lappi is expected to drive a third Yaris from the spring onwards.

Latvala refused to confirm the deal was done.

"I cannot confirm that I have signed," he told Autosport.

"I have been negotiating a lot with Tommi with my manager Timo Jouhki, but I cannot tell you I have signed."

Asked if he was confident he would be on the startline in Monte Carlo, Latvala replied: "If you had asked me one week ago, I would have said it was looking unlikely, but now I start to get more confident."

Latvala stated categorically that he has not tested the Yaris, pointing out that teams had only extended that courtesy to Sebastien Ogier. 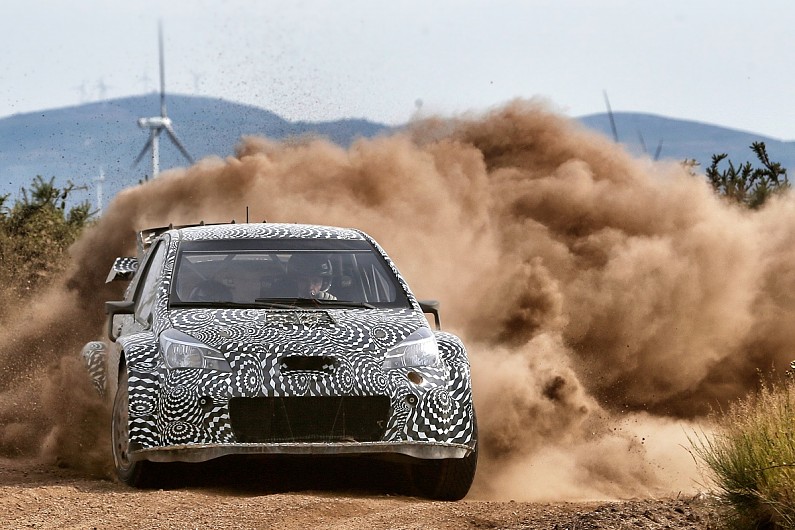 "The manufacturers really want Sebastien, so they were willing to let him test the car, but not for me," said Latvala.

"I can understand this - but don't forget Citroen would not let Seb test the car.

"It's not so simple when they don't want to give you the opportunity to try [the car]."

Latvala's deal with Toyota complicates matters for his former VW team-mate Andreas Mikkelsen, who was also close to landing a seat with the Finnish-based outfit.

The Rally Australia winner must now sit and wait to see what Ogier does.

The champion's main options now look to be M-Sport and a private Volkswagen, with chances of a Citroen return apparently fading.

Ogier has not tested a C3 WRC and the French firm will not have a car in a useable form until early next week - when it starts its Monte Carlo preparations.

He will not sign with any team without driving the car and wants to make a decision imminently.

There remains strong speculation that funding from the Middle East could be found in time to save Volkswagen's Polo R WRC 2017 programme and provide a private seat for either Ogier or Mikkelsen.