The World Rally Championship's 2017 rules revolution will bring faster cars to the top class, but what will the rest of the field look like?

Questions remain over the fate of the current cars, there is pressure for something for privateers as they will be barred from the new World Rally Cars and the confusing picture beneath WRC2 could change dramatically.

The FIA has confirmed it will not create a privateers' class next season, despite growing support for a title for independents running the current World Rally Cars.

The governing body cited a potential clash with WRC2 - which is remaining unchanged, headlined by R5 machinery - as its main reason.

FIA rally director Jarmo Mahonen said: "We want to encourage the private drivers to come in the current cars.

"But at the same time we have to be careful not to screw the R5 competition, which has been really good.

"We are still talking about this one and we're going to find a solution, but it's out of the question to make another FIA title for another championship."

Only works teams will be permitted to run the new-generation cars, with drivers having to get FIA approval.

Mahonen admitted there is nothing the FIA can do to stop drivers still entering 2016 World Rally Cars for now.

"It's good to have them with us," he said. "What we won't do is we won't give them a passport to continue the homologation beyond the next two years - that's when the current cars will reach the end of their lifecycle.

"Driving the current cars does make sense for those drivers looking to make the step to a 2017 car."

The FIA's stance on privateers has left some unimpressed.

Quirin Muller, team manager at the Jipocar Czech National squad that runs the currently Dakar focused Martin Prokop, said "we have been waiting for four seasons for the privateers' championship which is promised every year to come for the next season".

Rich Millener, who runs the customer programme at M-Sport, insisted there was a need for such a series as a WRC2-to-WRC stepping stone.

"There are guys out there who don't want to drive R5 cars and we have to consider these true privateers who want to stay in a 2016 World Rally Car," he said.

"At the same time, it's important that we keep the current cars there to bridge the gap between R5 and the 2017 cars.

"The [performance] gap between R5 and a current World Rally Car is big, but the gap to next year's cars will be even bigger." 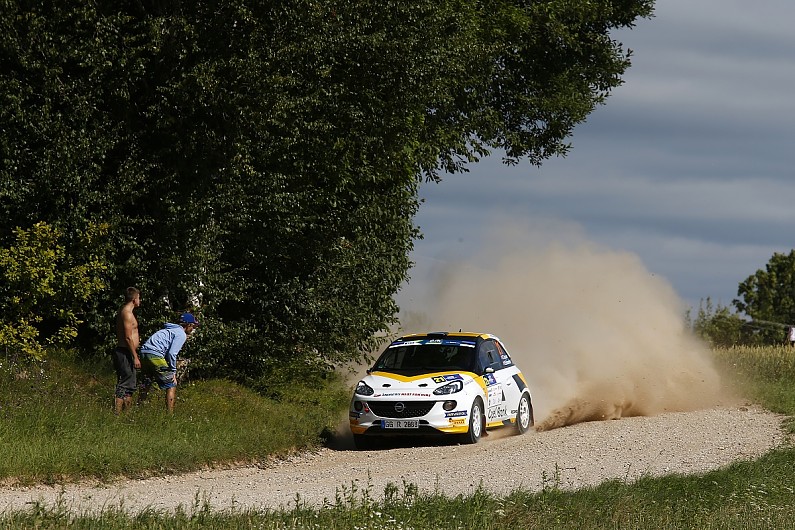 At present there are multiple international junior series options beneath WRC2.

Both the European Rally Championship and WRC have Junior categories, the latter a one-make series for Citroen DS 3 R3s that overlaps heavily with the theoretically separate WRC3 class for any R3 or R2 spec car.

The ERC's equivalent is for R2 cars only.

Autosport understands the current DS-based JWRC will cease after 2016, and Mahonen says a new tie-in with Eurosport's ERC could replace it.

"It's no secret that we have had meetings with Eurosport and running a [single] junior series with ERC is possible," said Mahonen.

"Right now the Junior WRC is too expensive and the R2 cars are perfect."

Rebranding the DDFT as JWRC is another possibility for Mahonen, who has long been searching for ways to enhance rallying's pyramid with regional series feeding into the WRC.

ERC co-ordinator Jean-Baptiste Ley believes his Junior series could be the perfect solution to the currently muddled picture.

"We have a constant and ongoing dialogue with the FIA about the overall training of young drivers from regional to WRC level, seeing as everyone seems to reckon that the current system of career progression could be improved," he said.

"In the last two years, 81 drivers have appeared in the three international junior series but only two drivers have made it all the way to factory [WRC] cars: Stephane Lefebvre and Eric Camilli.

"Of the three, ERC Junior series is the strongest and has the highest profile."