Citroen has confirmed World Rally Championship star Mads Ostberg will not form part of its plans in 2016 - but it is still in negotiations with Kris Meeke.

Ostberg is now almost certain to return to M-Sport for a full programme in a Ford Fiesta RS WRC next year.

Citroen to sit out 2016 WRC season

A spokeswoman for Citroen told Autosport: "Mads wants a full programme in the World Rally Championship for next season and we are not able to offer that."

The spokesperson confirmed the potential for a part-programme of rallies in a DS 3 WRC, but was quick to add that this would not be in the same style of 2006, when Citroen assisted Kronos Racing in what was a barely-diminished, year-long factory effort.

"Doing some rallies next season is something we are thinking about, but that's really all there is to say about that," said the spokeswoman.

"Nothing is decided at all and it's really too early to be talking too much about this.

Such a part-programme would keep Meeke involved in competition as well as developing the 2017 car, should the Northern Irishman remain at Citroen.

It is likely that PH Sport or another satellite team would run a DS 3 WRC on the limited programme next season - but with significant input from Citroen Racing.

The spokeswoman added: "We are in discussions with Kris at the moment."

Neither Meeke or Ostberg was available for comment when contacted by Autosport. 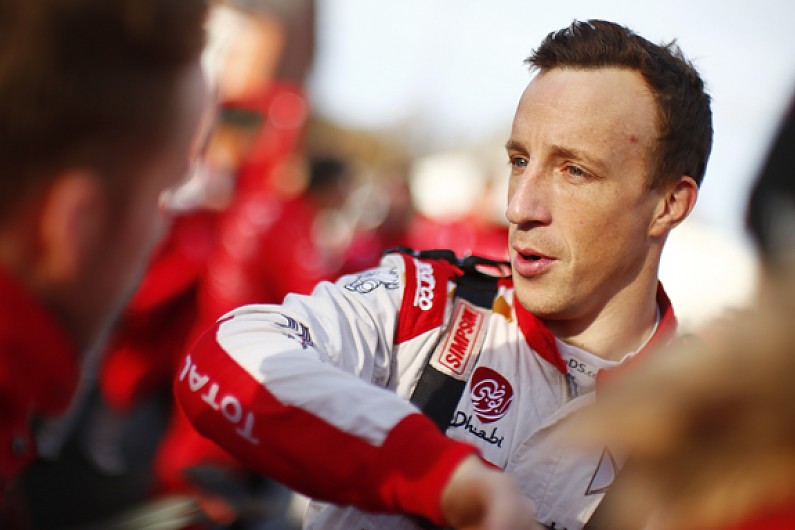