Bertelli's FWRT squad issued a statement claiming he had been denied medical attention following the SS10 accident in which he banged his head on his Ford's rollcage.

Barbosa, who presides over the Automobile Club of Portugal as well as the WRC Commission, told AUTOSPORT: "Lorenzo Bertelli was very anxious to go to the arms of his mother, that's all it was.

"He wanted us to stop the stage so his mother could fly in in the helicopter and pick him up so he didn't have to wait.

"That might be how it works in Italy, but that's not how we do things here in Portugal."

A paramedic who was coincidentally spectating at the corner in question is being used to defend the position of both camps.

Barbosa added: "We had a paramedic with him and he was reporting his condition every five or 10 minutes.

"He was completely OK, but he got very excited and made a big noise about having to wait.

"He thinks because he is the son of Prada [founder Miuccia Prada] this changes everything."

When AUTOSPORT put Barbosa's comments to Bertelli, he insisted the organisers' handling of his incident had been "crazy".

Bertelli said: "After 20 minutes I nearly fell to the ground and felt really sick. I asked Gio [Bernacchini, co-driver] to hit the SOS button.

"I am not a doctor, but I never felt anything like this before in my life. It was not normal.

"After we waited already two hours, the spectator who was a medic called to the organisers again and said for us to wait another hour to hour and a half was too much.

"What is the point of having the button if we push it and the organisers do nothing?

"I had a head trauma and she went to the organisers and asked them to stop the stage and send the doctor. 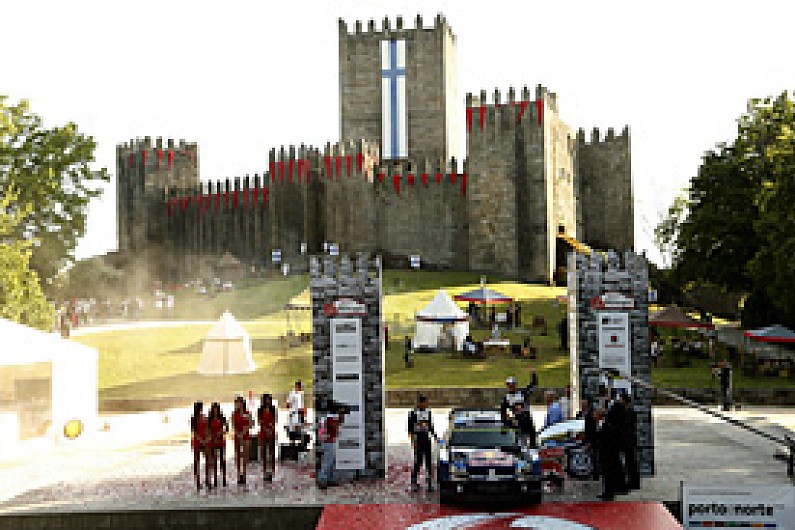 "It was a crazy situation and one I hope will never happen again."

Barbosa denied the incident had any effect on the running of Rally of Portugal, which he says now has a long-term future in the north of the country.

"I have the best rally in the world," he said. "We have no problems with the event at all."

He also scotched speculation surrounding the lack of an agreement with WRC Promoter after his event was absent from a list of nine rallies with a 2016 calendar deal.

"That list of nine rallies was the events which have a contract of television production - nothing more," he said.

"Our rally is the cheapest for WRC Promoter: we pay for the production of our television and we give it to them.

"And anyway, the calendar is defined by the FIA not the promoter."