Sir Stirling Moss once described his brother-in-law and friend Erik Carlsson as: "The best non-mechanical thing to come out of Trollhattan"

Trollhattan is, of course, famous for two things. But those two things merged when Carlsson became universally known as Mr Saab, after competing across the world so successful in the ubiquitous 96.

It was, however, on two wheels that Carlsson's career started - on a 500cc Norton, which he used in all manner of competitions.

Carlsson worked for Pelle Nystrom, the local Norton dealer, and made his rallying debut with him in 1952. He was, however, seated on a stool in the back of the Volvo, with his bear-like frame seen as being good for weight distribution on the Swedish Rally.

The right hand side of the car, where Carlsson would have been sat, was taken up with a bed. On the nighttime road sections, Nystrom donned his pyjamas and went to sleep, having the keys (and the maps) to Carlsson...

Around that time, Carlsson bought his first car - a Saab 92 - off a bankrupt farmer.

Born and bred just around the corner from where Saabs were made, driving anything else would have been unimaginable for the big Swede. At that time, speed limits didn't exist and gravel roads were plentiful around the Carlsson home. 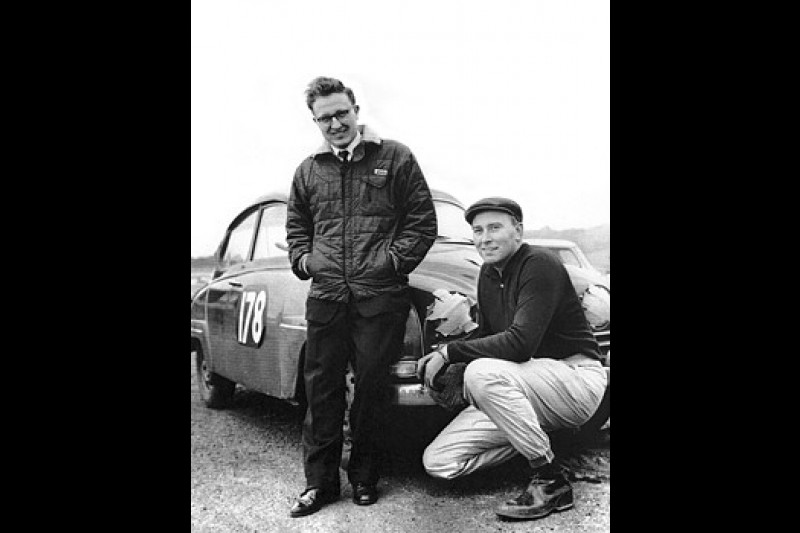 On his debut driving in a rally, he made an immediate impression. Not least on the local green grocer's garden - where the 92 landed after losing its lights and going off the road through a hedge.

The lights were fixed by co-driver Sten Helm, who worked at the power station in Trollhattan and knew a thing or two about electrics. The class was won.

A Swedish regional title followed in 1954, by which time Carlsson had scaled-up to an ex-works 92, complete with filed and polished ports to hike power from 25 to 36bhp.

It was with this car that Carlsson made his name, with an exceptional victory on a particularly slippery and snowy Rikspokalen Rally.

Carlsson had no interest in fitting snow chains to the Saab, pointing out that they would drain the power. Instead he relied on his natural ability and he demolished the cream of European rallying.

With so little power on offer, Carlsson was one of the earliest drivers to use the art of left-foot braking, keeping all three cylinders singing while he balanced the back of the car on the brakes.

His car control was out of this world.

And it wouldn't go unnoticed by Saab. Well known as the local lad who was always knocking on the door of the parts department, he was employed as a test driver in 1955.

I was going to write, "given a contract," or "signed," but neither would have been true. There were no contracts, just a handshake at the start of a lifelong deal.

From then on, Carlsson truly became a household name - and victory on the 1000 Lakes in 1957 would ensure that name was known across Scandinavia.

Carlsson should have been crowned European champion in 1959, but lost out to Paul Coltelloni in the most extraordinary of circumstances. The final round of the series was in Portugal in December, Carlsson needed to finish fifth or higher for the title.

After rolling the Saab trying to avoid a railway crossing (Carlsson and co-driver John Sprinzel felt the draught of the train which thundered past as the stricken car lay on its side in a ditch) they still made third place.

Ready to start celebrating, Carlsson was given 25 penalty points for having white (instead of black) numbers on the side of the car. Annoying, but not the end of the world - the points dropped him to fourth. Still champion.

But not quite. The organisers came back and said the penalty was 25 points per side. Coltelloni was champion.

To add insult to injury, Carlsson then had to drive a windowless Saab back to Sweden in the middle of a particularly harsh winter. Twice he drove off the road having fallen asleep and the only way he could keep warm was by placing a tin can on the floor, filling it with oil and burning rags. 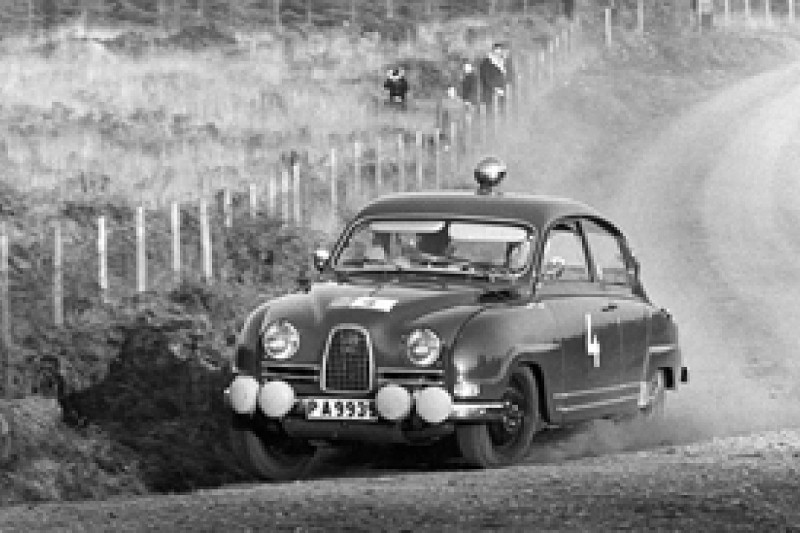 While that European title escaped him, he won everything else that mattered, including the Monte twice and three RACs.

He married Pat Moss in 1963 and moved to England. He loved Britain and Britain loved him - especially the couple whose 96 was butchered to keep him on the road to win the 1962 RAC Rally. Carlsson's car had broken a support arm on the rear axle.

He thought it was game over until he spotted a 96 road car parked up with nobody in it. He jacked the car up, liberated the part and left a note under the windscreen wiper.

Such was the big man's ability to charm his way out of the situation, he and the couple swapped Christmas cards ever after.

Erik and Pat (who became Moss-Carlsson) regularly competed against each other, with Pat wining the European Ladies' title five times. She died in 2008.

Erik remained a staunch supporter of Saab throughout his life. No new car launch was complete without him standing alongside it with microphone in hand.

The plane would land at Palm Springs with Carlsson driving the 9-5 out onto the runway, where he would demonstrate it to the waiting and watching world.

Nobody told him the cargo door didn't shut properly or that the car was only held in by a stretch of rope. It's fair to say the brake pedal was pushed with left and right foot as the Fairchild accelerated into the sky leaving Carlsson staring through the gap in the door.

Known across the world - and very well by the Swedish royal family - Erik will be sadly missed. As the years passed the back arched slightly, but the big man's booming voice and twinkle in the eye remained.

There was and always will be a story to be told. 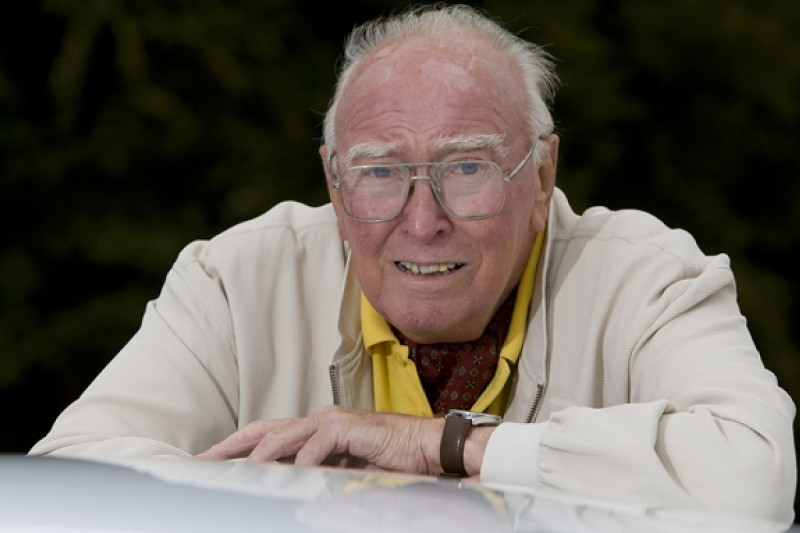