Bakkerud had expected to remain with Block's Ford Performance-backed squad for a third term next year, but Hoonigan announced last month it was withdrawing from World RX.

Though 26-year-old Norwegian Bakkerud is still focused on becoming World RX champion, he is eyeing a season in WRC2 to hone his skills if he cannot find an alternative RX seat.

He has links with WRC champion team M-Sport as it built the Ford RX car.

"I've spoken with almost every team [in World RX], and not many of them know what they are doing next year yet," Bakkerud told Autosport.

"We're still in November, next season doesn't start until April, so it's still a little early to get anything signed or ready, but we are definitely working on it.

"I'm looking at everything, and looking at myself and what I can improve.

"For me, fighting against [Sebastien] Loeb, Petter [Solberg] and Mattias [Ekstrom] in World RX, they are not only great drivers but they are very good at setting up cars.

"I've actually been wondering about calling [M-Sport team principal] Malcolm Wilson to speak about doing a full season of WRC2 next year and wait for the right time for me in rallycross. 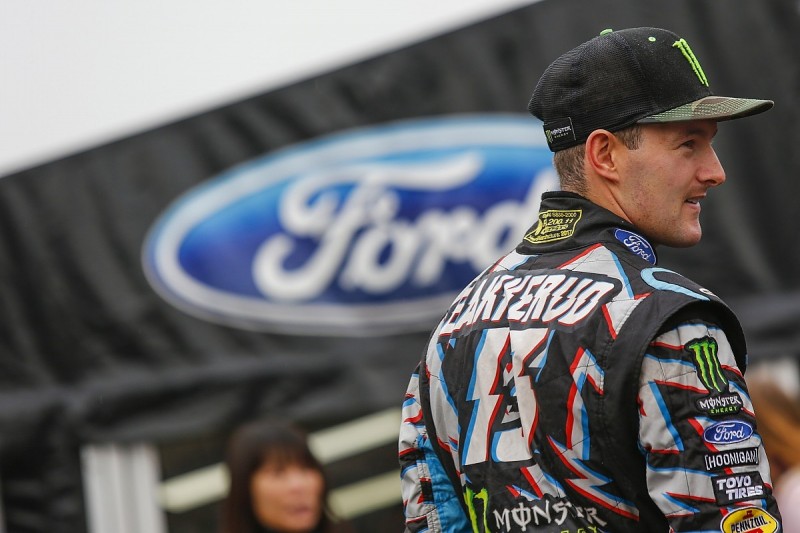 "Rallying would be good because of the seat time, to help me get better on my weaker sides," he said.

"But staying in rallycross is my main aim; I want to drive in the full world championship, but it needs to be on certain terms.

"I need to find a winning team that has the same goals and targets as me, and also be looking to electric rallycross too."

The double European RX Super1600 champion believes he is yet to have the best car at his disposal in World RX, and had been talking about a long-term deal with Block's Ford-supported squad before it withdrew.

"Driving a lot of cars that haven't been 100% ready, I've learnt a bunch and I think that's one of my strong sides, that I can drive a car that's not 100% to its limits very quickly.

"It's a shame [Ford withdrew] really because I think it's small stuff we could have done to be able to win, but we just didn't have enough time to improve and to show it. But I think the base is very good."

"Me and Ken were speaking about five to 10 years, we spoke about a long-term contract.

"I really want to stay in rallycross, so it was a big disappointment that I'm not going to continue with Ken Block."