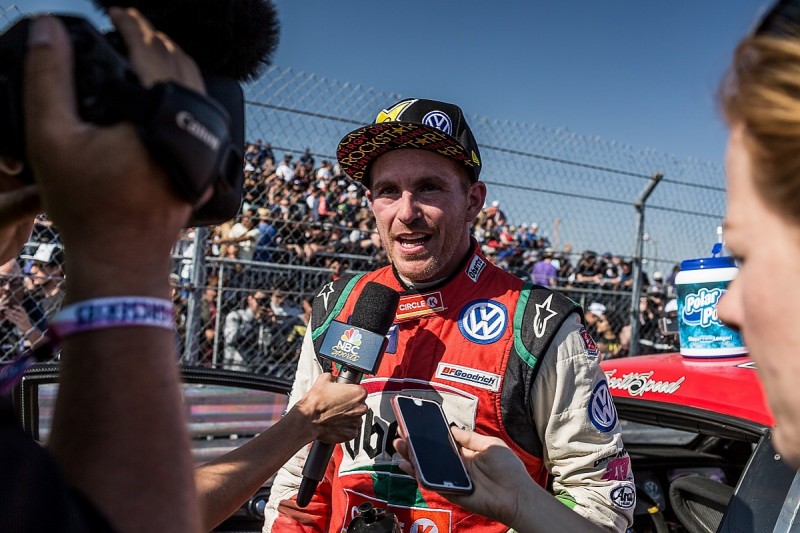 Having won his semi-final, the former Formula 1 and NASCAR driver only had to finish the final in eighth place in the 10-car field to deny his Volkswagen Andretti Rallycross team-mate Foust the championship.

Foust, who was also chasing a third title, dominated the weekend, winning each of his three heats and his semi-final on his way to the main event.

After topping practice, Speed's only race win came in his semi-final as he drove conservatively throughout the event knowing that he had the prime position in the championship battle.

In the final, Foust led from pole, beating Subaru's Patrik Sandell and the Bryan Herta Rallysport M-Sport Fiesta of Cabot Bigham into the first turn.

Speed was shuffled down to fourth place after starting alongside Foust on the front row of the grid was, and faced pressure from Steve Arpin. 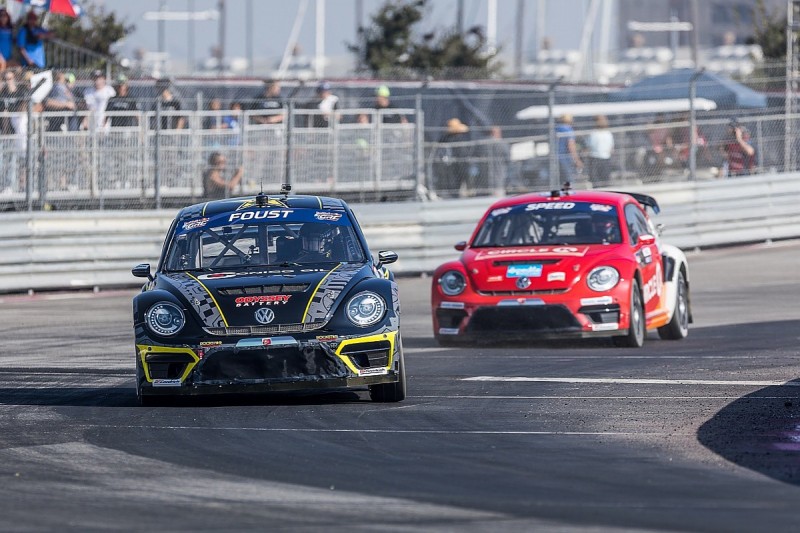 At the front, Foust controlled the pace as he had done during each of the preliminary rounds, while Speed had to be patient in his efforts to move towards the front of the pack.

Speed eventually began to make progress in the final few tours, first passing a slowing Bigham, then making a move on Sandell on the final lap of the 10-lap race.

Sandell maintained third to take his third podium of the year, while Bigham dropped further down the order, finishing fifth behind Arpin.

Bigham returned to fifth post-race, with a penalty handed to Arpin for conact on the opening lap.

Honda drivers Mitchell de Jong and Sebastian Eriksson battled for much of the race, and finished in sixth and seventh respectively.

Foust's win was his fifth win of the year and his 16th GRC victory overall, which means he reclaims the all-time win record from Speed.