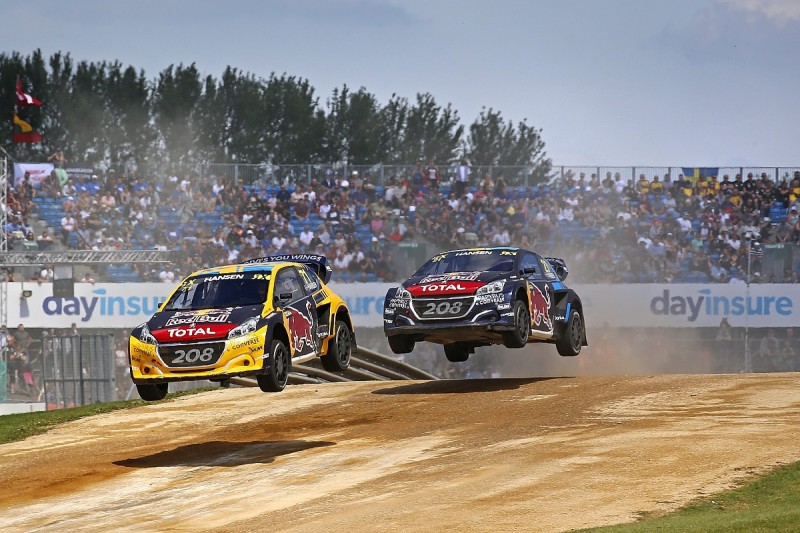 On the Stowe circuit layout that suits both the Hansen MJP Peugeot 208 and the neat and tidy driving style of the Hansen siblings, elder brother Timmy was twice fastest in the opening two qualifying sessions, thanks to well-choreographed first corners between the pair.

In Q1, Timmy had started his race on pole with Kevin on the outside of the four-wide grid, and while the younger of the pair made the best start, Timmy braked early into the first corner and held a tight inside line, with Andreas Bakkerud nudging the rear bumper of Timmy Hansen's Peugeot in the process.

Meanwhile, Kevin Hansen went around the outside to initially take the lead, the pair running one-two at the start and finish, although the places were swapped after their respective joker laps had been taken, to set the top two times.

In Q2, running in the first race of the session after the random draw had taken place to determine whether the fastest or slowest runners from the previous session raced first, Kevin again made the best start from second, but Timmy braked deep into the apex of Turn 1 and held track position, careful not to run wide on the exit and cost his team-mate time.

The move worked, the two Peugeots running line astern at the head of the race.

But with the Silverstone circuit's loose section cleaning throughout the day, EKS driver Krisztian Szabo bettered Timmy Hansen's best lap time in the next race. 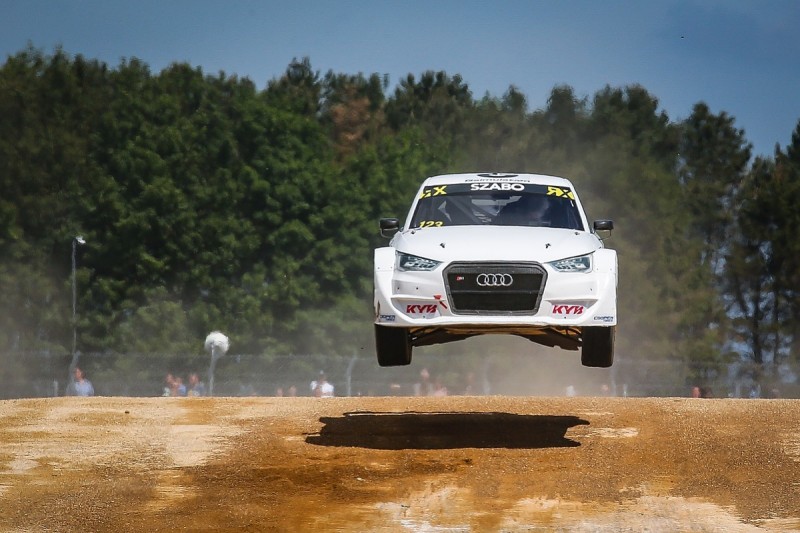 Then double DTM champion Timo Scheider, who had been slowest of the runners to finish in Q1, overcame STARD driver Janis Baumanis for a race win in the final run of the day and almost stopped the clocks first, slotting in between the Hansen brothers in the Q2 order.

Baumanis was fourth fastest to fight back from a half spin in the opening corners of his Q1 run.

Niclas Gronholm had intended to race in the British event but a longer than planned recovery from the appendicitis that forced him out of the Belgian round two weeks ago meant he also misses this weekend.

Fellow Finn Joni Wiman, who finished on the podium with the GRX team at Spa, plays the super-sub role and is sixth at the end of the opening day with Gronholm's Hyundai i20.

The ES Motorsport team that split with driver Rokas Baciuska in the lead up the third round at Spa and ran former World Rally star Francois Duval for his home race in its Skoda Fabia is missing from the paddock at Silverstone.

The stewards have given the team a suspended €50,000 penalty until the fifth round at Hell in Norway next month.