The manufacturer has been involved in World RX since it gained world championship status in 2014 and competes as Team Peugeot Hansen, in a partnership with Kenneth Hansen's team.

But Loeb said last month that Volkswagen's current dominance meant Peugeot had to question its presence in the series.

Following that uncertainty about its future, Peugeot reiterated its commitment to the series on Wednesday.

It said World RX's 'global ambitions' tied in with its business growth plan outside Europe, and that it was ready to support the implementation of an electric category in the series.

"The brand is ready to support the evolutions in E-WRX as part of its technological plan, which aims to offer 80% of the models in electrified version by 2023," read a statement from the manufacturer.

"The brand wants to be involved in a new challenge with the idea of accompanying its own energy transition but also to create a strong and unique link with new customers and the new generation."

Peugeot brand chief Eeecutive Jean-Philippe Imparato added: "The E-WRX is the perfect fit for this strategy.

"Our ambassador Sebastien Loeb will support us in this daring new adventure.

"To this end, we are strengthening the developments initiated by Peugeot Sport and studying the sports management system implemented by the Hansen family since 2014."

No indication has been given as to whether the relationship with Hansen Motorsport will continue, or who aside from Loeb will drive for the team in 2018. 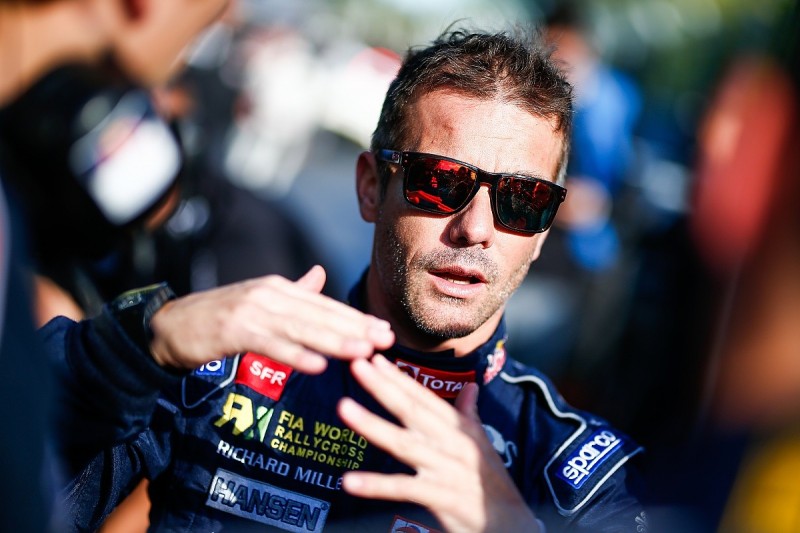 Loeb has been partnered by Swedish driver Timmy Hansen, who has driven for the squad since its inception.

It has also run a third 208 WRX for 2016 European champion Kevin Hansen, who has raced a year-old specification car.

"It's a great opportunity to launch myself into a new "electrifying" experience and to be even closer to my fans with the WRX," said Loeb.

"I look forward to discovering this new sporting frontier."

WRX Germany: Ekstrom dominates to take his fourth win of the season