The deal marks VW's strongest presence in World RX yet.

Solberg has so far competed in World RX as an independent, winning the 2014 and '15 titles in his Citroens but being defeated by Audi driver Mattias Ekstrom last season.

"Honestly, this is what I have dreamed of," said Solberg.

"We have worked so hard on putting this deal together, it's taken a while to get there, but I truly believe that we now have such a strong force for this year's championship.

"We have seen what Volkswagen is capable of in motorsport, just look at the domination of Dakar and the World Rally Championship.

"To be working with them in World Rallycross is just incredible."

The VW tie-up reunites Solberg with the firm's technical director Francois-Xavier Demaison, who worked with the Norwegian at both the factory Subaru team and Solberg's own private WRC squad.

"He is the guy I respect most in this sport and he's the guy I really wanted to work with this season," said Solberg.

"FX knows what I want from the car and he knows how to make a fast car for me."

The RX manufacturers' title will be a particular focus for Solberg now he is in a two-car works-affiliated team. 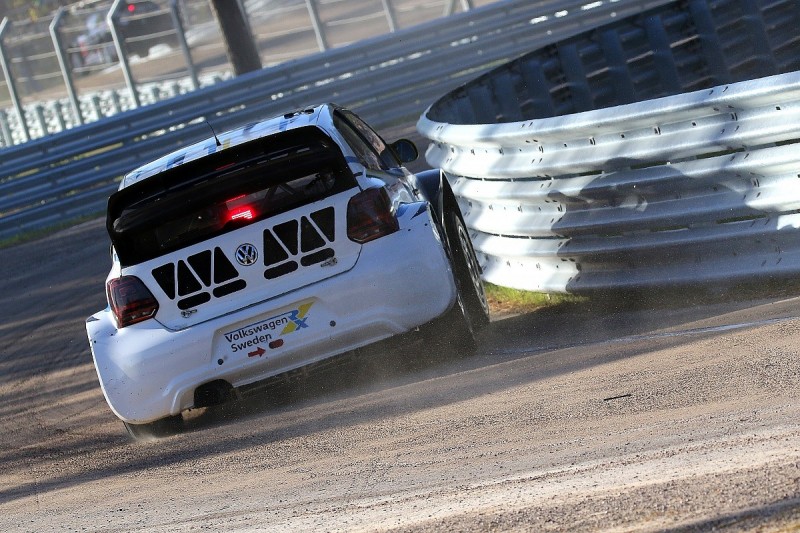 "We have a really strong team with Johan coming in the other car," said Solberg.

"It would be an incredible honour for me to try to take the manufacturer crown as team owner - that really would be the dream."

VW motorsport director Sven Smeets said a greater RX focus for the firm "ties in with our future objectives" after its WRC exit.

"We have been watching rallycross very closely for a while now," Smeets told Autosport.

"Obviously we are already working with the Volkswagen Andretti Rallycross team in Global Rallycross - where we had great success with the drivers' and manufacturers' championship titles last year - but we were keen to look more at the FIA World Rallycross Championship for 2017.

"Working in alliance with Petter's team and Volkswagen Sweden, we could make this happen.

"Petter will run the team and we will provide technical support.

"We will have technicians at the races and we will engineer the car, but the financing and sponsorship of the operation is all down to Petter and Volkswagen Sweden."

Solberg is expected to begin testing the VW next week.

"For so many years, we have struggled like hell to face everybody else, but now we're really ready to take on the world," he added.