Two-time World Rally champion Marcus Gronholm is taking his team into the World Rallycross Championship this year, with an ex-Ken Block Ford

Gronholm's Team GRX will add World RX to its programme in 2017 with the Finn's son Niclas Gronholm.

The outfit will use an M-Sport-built Ford Fiesta RX previously raced by Block and will be supported by multiple European Championship-winning team Set Promotion.

"Our GRX mechanics are working at M-Sport at the moment to prepare the car," Marcus Gronholm said.

"The Fiesta RX will hopefully have some small updates, especially on the engine side.

"It will be very competitive in World RX this year, but I think we can achieve some good results."

It will be the younger Gronholm's second World RX campaign, switching from OlsbergsMSE, which is not contesting the series full-time this year. 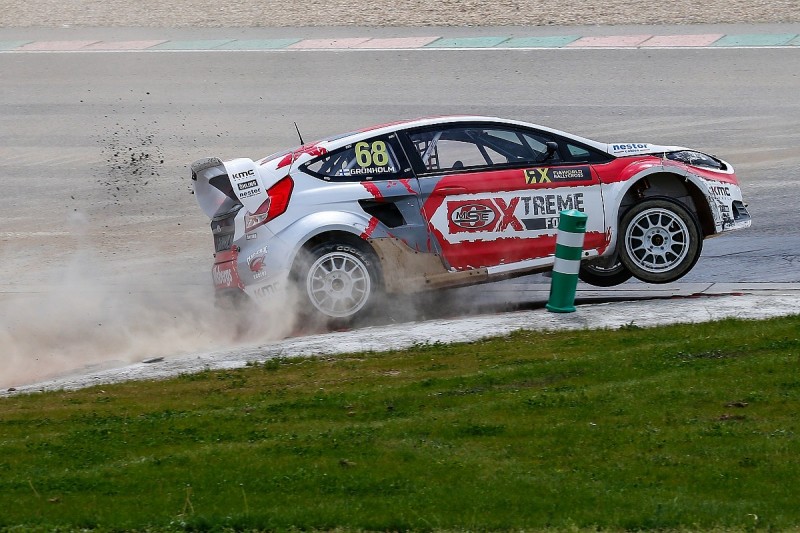 The 20-year-old qualified for two semi-finals last year, and is expected to test his new car ahead of opening round of 2017 at Barcelona at the end of March.

"Everything should be much easier this year," he said.

"I know how the races work, and I know the tracks - that's a big plus if you compare it to last year.

"We've been doing a lot of winter driving at home in Finland on the ice.

"Last year we only did one or two days and then a couple of tests in the rallycross car, but this year we're much better prepared.

"I know everyone who is working in the team, and I think everything will be much better this year. Everything is in our own hands and easier to control."