The Frenchman, who is arguably most famous for back-flipping a Mini in the French Alps in 2013, has been planning a World RX appearance since early last year.

"I'm super happy that JRM is giving me this opportunity to drive its Mini against guys like my fellow Monster Energy team-mates Petter Solberg and Liam Doran," said Chicherit.

"I'll be there to learn as much as possible about the car and the racing, and if I can cause a bit of heat on the track at the same time - even better.

"Racing at Loheac will be particularly special for me. I can't wait to see my close friends, fans and the amazing French crowd. I hope I will be able to do them proud."

JRM Racing has contested three World RX events so far this season as it prepares for a full programme in 2016. 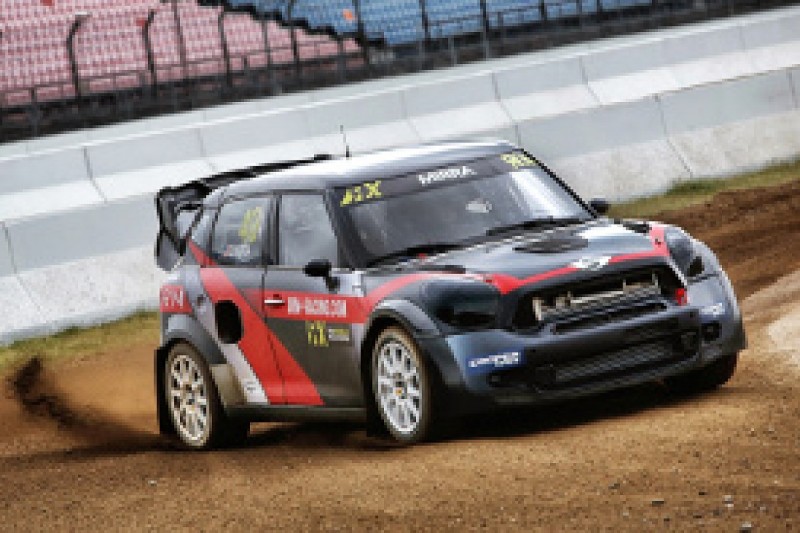 Last weekend, the team ran a pair of Minis for Canadian drivers LP Dumoulin and Patrick Carpentier at their home round of World RX.

"Guerlain's motorsport experience is extensive and that will serve him well in a category of racing where natural speed and the ability to set up a car are critical," said Rumsey.

"One of Guerlain's biggest strengths is that he's a driver who is prepared to attack a new challenge head on - you can see that from his recent record attempts with Mini.

"He's a driver that clearly likes to put on a good show and I'm sure that will guarantee some on-track excitement in France and Italy."