Four-time World Touring Car champion Yvan Muller will race at the French round of the World Rallycross Championship at Loheac in September, in an Albatec Racing Peugeot 208 Supercar

The 45-year-old Frenchman follows in the footsteps of Citroen WTCC team mate Sebastien Loeb, who raced at the Loheac event in 2013.

"For a long time I've been thinking about having an experience in rallycross, and now I have a good opportunity and the time that week to do it," Muller told AUTOSPORT.

"Plus, the fact that it's a world championship and the level is high makes me interested.

"For me it's to have an experience, but for sure I want to do a good result. I don't want to be there just to be on the grid."

Muller has substantial experience away from traditional circuit racing, having won 10 titles in the Andros Trophy ice racing series and competed in his home round of the World Rally Championship on three occasions.

"Rallycross is a bit closer to what I know," he said.

"I don't know where I am in terms of level compared to the others."

The 2003 British Touring Car champion tested for the Albatec squad recently at Faleyras in France and has not ruled out further rallycross outings.

"I hope that there will be some more later," he said, when asked about possible events in the future.

Albatec Racing team principal Andy Scott is excited to have Muller on board.

"We had a great result at Loheac last year, reaching the semi-finals," Scott said, who is currently second in the British Rallycross Championship.

"I'm confident that Yvan will be right up there from the start on his home track.

"Yvan is totally committed, and obviously an incredibly fast and professional driver, who will, I'm certain, fit in very well with the team and indeed rallycross."

Jerome Grosset-Janin currently leads the European Rallycross Championship for Albatec and will also race at his home round of the world championship alongside Muller.

The Scottish team has a history of introducing high-profile motorsport names into rallycross.

In 2013 it ran Citroen WRC driver Kris Meeke at the Loheac event, while 1997 Formula 1 champion Jacques Villeneuve drove in World RX for the squad last season. 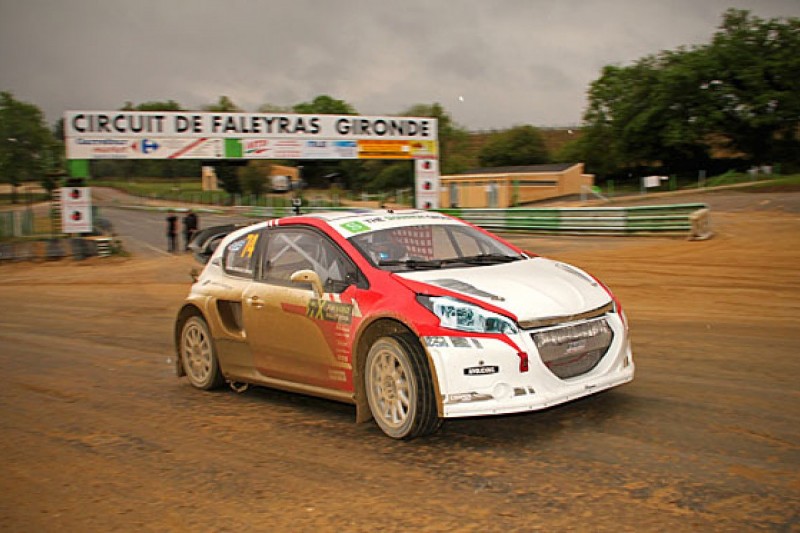