Next year's Nurburgring round of the World Endurance Championship cannot change dates to avoid a clash with the Montreal Formula E fixture, according to series boss Gerard Neveu

Neveu told Autosport that he had no choice but to schedule the Nurburgring round on July 16 even though it breaks a gentleman's agreement with Formula E to avoid the same weekends.

He explained that an agreement with the WEC teams not to have a race within four weeks of the Le Mans 24 Hours and the need for the Nurburgring to have two-week gap leading up to its proposed Formula 1 German Grand Prix date on July 30 left only one possible weekend.

"There was no deliberate intent to clash with Formula E," said Neveu.

"The Nurburgring round of the WEC is successful and no one wants to see it disappear.

"I have made a commitment to the teams that I will never have a race less than four weeks after Le Mans and it is impossible to have the race one week before the grand prix."

The likes of Sebastien Buemi, Lucas di Grassi and Loic Duval race in both categories, and Formula E has already stated that it cannot change its Montreal date.

Neveu also stated that a date in early August was not possible because Nurburgring didn't want the event during the German holiday period and that racing later in the month was not feasible because the cars had to be freighted to Mexico City.

Neveu stressed that he had explained the reasons for the Nurburgring date to Formula E, despite comments from series boss Alejandro Agag that July 16 was not the date originally intimated by the WEC. 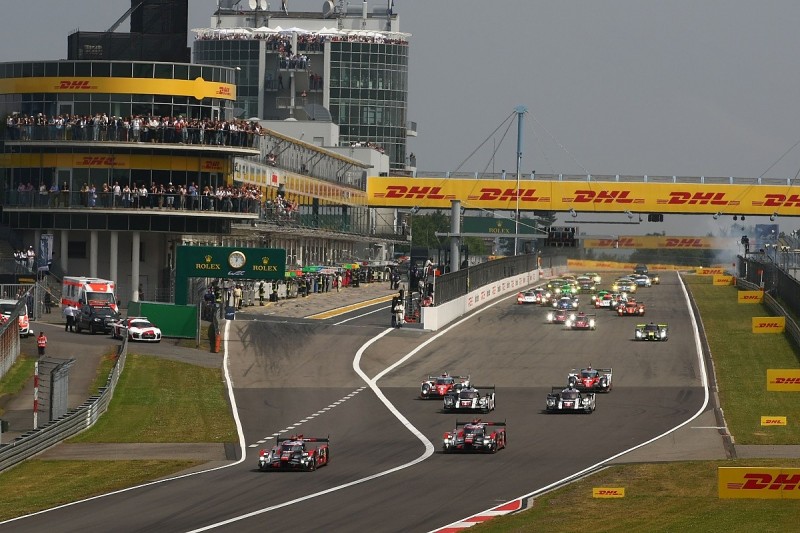 The Nurburgring is understood to have been given a provisional Formula 1 date in the same way as it was listed on the original draft of the 2015 calendar, but the return of the GP as a biennial fixture shared with Hockenheim appears far from certain.

Neveu refused to discuss next year's calendar further, but said that "stability was the key word" and that it will again be made up of nine races including the new-for-2016 fixture in Mexico City.

The calendar will be presented to the FIA Endurance Commission this week and should then proceed to the World Motor Sport Council on September 28 to be signed off.

Neveu said that he saw no reason why the FIA would reject the Nurburgring date to avoid a clash with Formula E, whose calendar has already been approved by an e-vote.

Silverstone and Spa have announced that their WEC rounds will take place on April 16 and May 6 respectively, while Le Mans is scheduled for June 17/18.