Toyota says it's happy to let Peugeot win the Bahrain 8 Hours as long as it remains in a position to win the World Endurance Championship title.

Toyota is going for a fourth straight championship triumph in the WEC this year and holds the upper hand over Alpine after Brendon Hartley qualified the #8 GR010 Hybrid he shares with Sebastien Buemi and Ryo Hirakawa on pole position for Saturday’s Bahrain 8 Hours finale.

Alpine, by contrast, endured a difficult qualifying session and ended dead-last within the five-car Hypercar class, behind the two Peugeots as well as the second Toyota LMH entry.

With just one point separating the two title-contending crews at the top of the standing, with #8 crew ahead of the #36 A480-Gibson, Toyota only needs to finish in front of the Alpine in order to continue its title-winning streak in the WEC’s top division.

This means that the #8 Toyota doesn’t necessarily need to win the race and can afford to drop behind the #93 Peugeot that Jean-Eric Vergne qualified on the front row, as long as Alpine remained behind.

Toyota’s technical director Pascal Vasselon says the marque is willing to sacrifice victory in the bonus-points finale if it doesn’t jeopardise its chances of clinching the championship.

“The target is to be in front of the Alpine,” Vasselon told Autosport.

“We are not going to fight and bang doors against Peugeot just for the sake of winning the race.”

Asked if it didn’t mind if Peugeot scored its first win since returning to WEC in Bahrain as long as Toyota clinched the title by finishing second or lower, Vasselon replied with a resounding “yeah.” 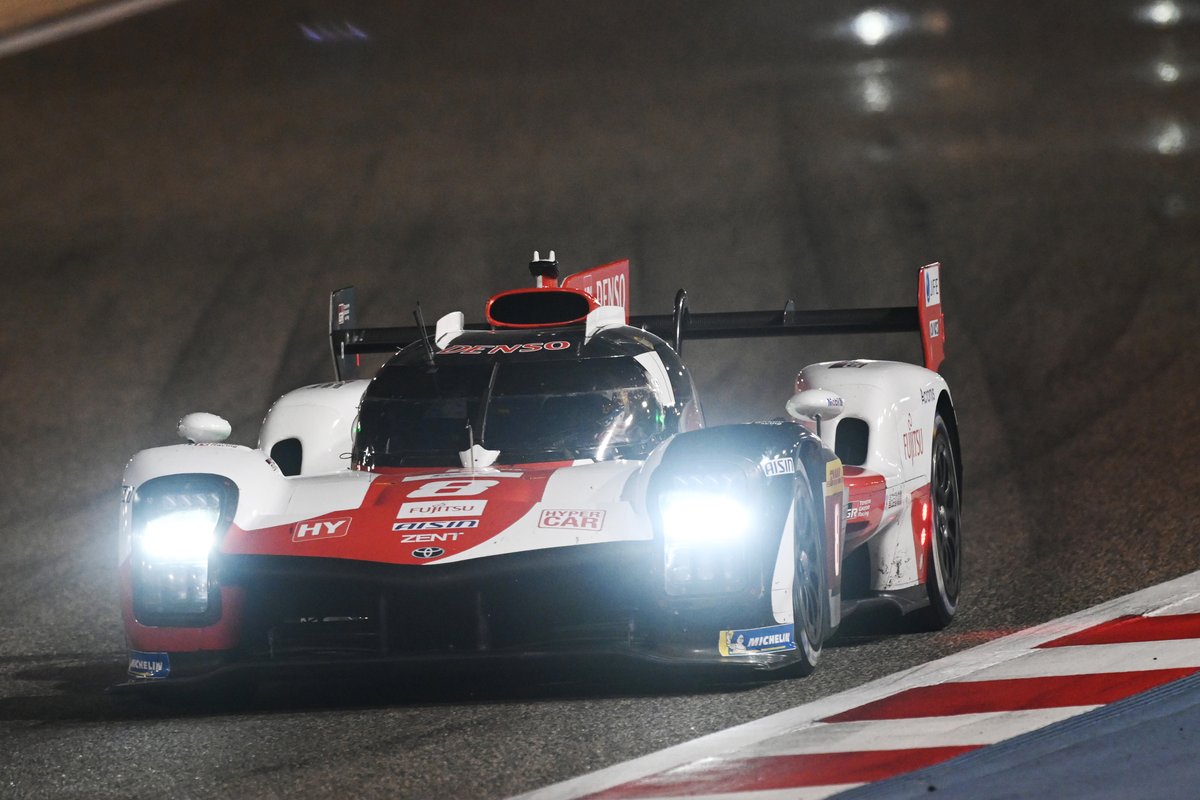 While Toyota’s advantage in qualifying was such that it secured pole positions by eight tenths over the #93 Peugeot, the time that Matthieu Vaxievere set in the Alpine was 1.5s down on Hartley’s lap of 1m46.800s.

Asked if he expected Alpine to be so far off the pace in qualifying, Vasselon said: “No. clearly not.

“During the free practice they were very close. They were looking very close to us, so we are a bit surprised.”

Vasselon, however, remains unsure how the Toyota and Alpine will compare in race trim, as the data from practice is not sufficient enough to draw conclusions.

“[Alpine’s long-run pace] was okay,” he explained. “But the problem is we have a different programme so we put more laps on the tyres, sometimes we were very slow, but it's difficult to factor the number of laps we have done on the tyre [compared to rivals] and so on.

“We have done our homework. We are going to set up the car to be consistent but are we going to be more consistent than the others, which is what matters, at the moment we cannot tell.”

Porsche hopes to atone for controversial 2021 defeat in WEC finale