The #7 TS050 HYBRID Kamui Kobayashi had put on provisional pole on Wednesday night remains fastest, with Kobayashi shaving more than a second and a half off his original benchmark with his first effort in the week's only daylight qualifying session.

Kazuki Nakajima elevated the #8 car he shares with double Formula 1 world champion Fernando Alonso and Sebastien Buemi from fourth to second by lapping 0.411 seconds slower than his Japanese compatriot Kobayashi.

Nakajima also posted his 3m15.908s effort on his first flying lap of the session - a repeat of Toyota's Wednesday night plan of setting fast times early on, after which it returned to its race preparation programme. 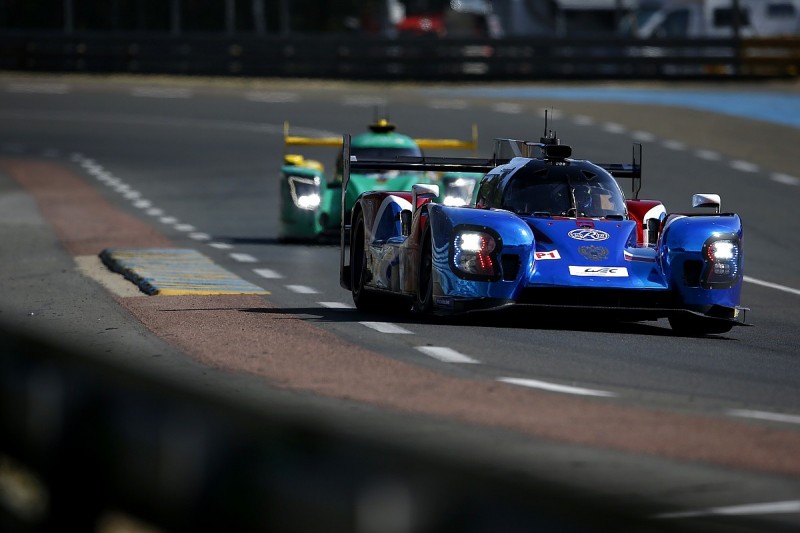 Mikhail Aleshin held the lead momentarily in the #11 SMP Racing entry before being knocked back by the Toyotas, but his 3m16.953s effort did jump the BR Engineering-AER BR1 he shares with Stoffel Vandoorne and Vitaly Petrov ahead of the sister #17 car.

The #1 Rebellion-Gibson R-13 had all of its times from Wednesday's session deleted for a technical irregularity with its fuel-flow meter, but Neel Jani put the car back on the board by going sixth then improved to fourth with a 3m17.313s.

That time was more than two seconds faster than the best set by the same R-13 across last year's three qualifying sessions.

The #17 SMP car of Stephane Sarrazin, Sergey Sirotkin and Egor Orudzhev that started the day a provisional second was shuffled back to fifth, ahead of the #3 Rebellion - which caused a red flag within the first half hour of the session.

Thomas Laurent improved the car's time early on then immediately spun at the Dunlop chicane, but five minutes later stopped altogether exiting the Mulsanne corner with smoke coming from the rear of his R-13.

The car did not return to the track before the end of the session and is a provisional sixth, ahead of the DragonSpeed BRE-Gibson BR1 - which was the only top class entry not to improve its time in the session - and the #4 ByKolles entry.

ByKolles spent the early part of the session working on the front end of the solo ENSO CLM-Gibson P1/01 and, although Tom Dillmann was able to take to the track, the car's new best time 3m23.726s is more than eight seconds off the leading Toyota's pace.

Pastor Maldonado improved on his provisional pole time to retain top spot in LMP2 for DragonSpeed.

He set a 3m26.490s in the #31 ORECA, three tenths quicker than he managed on Wednesday night, and was never headed thereafter.

The DragonSpeed crew had an uneventful session after Roberto Gonzalez's clash with Mike Conway on Wednesday caused a spell in the pits, with its closest challenge coming from Stephane Richelmi's #38 Jackie Chan DC Racing ORECA - which finished 0.331s in arrears. 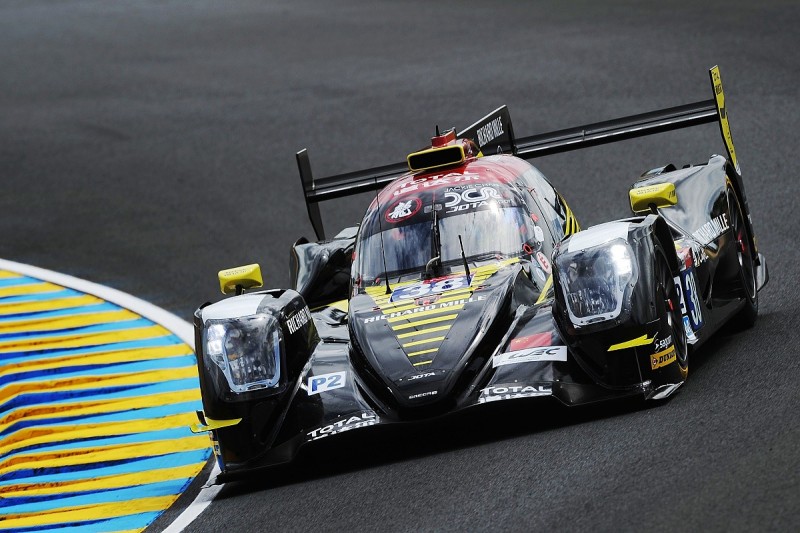 Dunlop-shod Richelmi eclipsed the time set by Nicolas Lapierre on Wednesday night by a little over a tenth, although Lapierre didn't get an opportunity to respond as his #36 Signatech-Alpine spent much of the session in the garage amid reports of an electrical problem.

Lapierre remains third, while Matthieu Vaxiviere was the other big mover - completing an ORECA top-four lockout in the #28 TDS Racing ORECA in the final 20 minutes of the session.

But Vaxiviere was still unable to join the top three in breaking under the 3m27s barrier, finishing on a 3m27.096s.

The best non-ORECA was the #29 Racing Team Netherland Dallara of Formula 2 title contender Nyck de Vries in fifth, just ahead of the #22 United Autosport Ligier - which was unable to improve on the time set by Filipe Albuquerque on Wednesday.

GTE - Porsche back on top

Porsche retook provisional pole in GTE Pro thanks to a late effort by Michael Christensen in the #92 911 RSR of 3m49.388s in the closing stages of the session.

Antonio Garcia - fastest on Wednesday night until his best time in the #63 Corvette C7.R was scrubbed - came within 0.036s of Christensen's time late on, becoming the only other driver to better Harry Tincknell's first qualifying benchmark in the #67 Ford GT.

Tincknell's time of 3m49.530s remained enough for third, ahead of the #93 Porsche - which also did not improve - while the #91 Porsche slipped one place to fifth despite a late gain by Gianmaria Bruni. 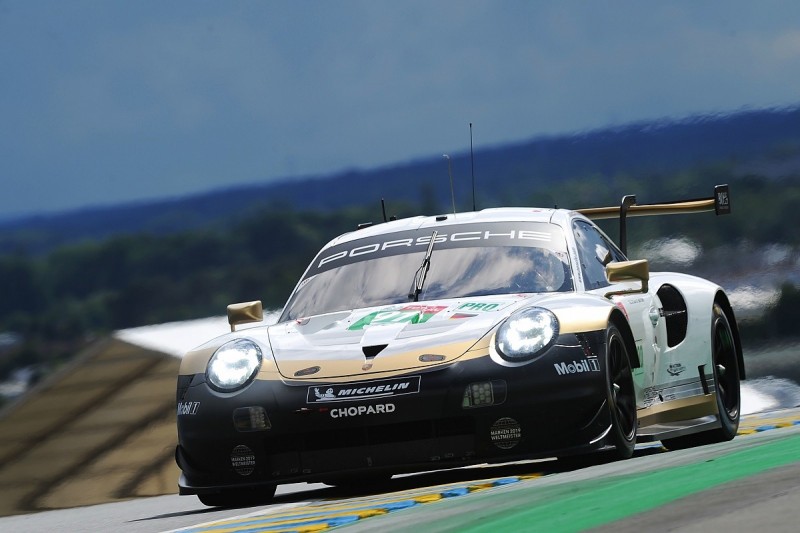 The best of the Aston Martins dropped from third to sixth on the provisional grid, ahead of the #94 Porsche, the #69 and #68 Fords and the top Ferrari, the #71 car.

BMW was therefore the only manufacturer to end up outside the top 10 in class, the two MTEK-run M8 GTEs classified 14th and 16th.

The top two times in GTE Am remain the same as on Wednesday, with Matteo Cairoli's best lap in the #88 Dempsey-Proton Porsche not being bettered.

Giancarlo Fisichella was the highest-profile improver, moving up to third place in the #54 Spirit of Race Ferrari, behind the #56 Project 1 Porsche.