The move is part of the philosophy of the regulations to level the playing field and cap costs, as well as making the top category of the WEC more attractive to multiple manufacturers and privateers.

A statement from the WEC said it had been introduced to "ensure competitiveness, narrow any eventual gaps and, especially, avoid extreme development budgets".

A weight penalty of 0.5kg will be added for every championship point scored by a car, up to a maximum of 50kg.

The success ballast will be removed for the Le Mans 24 Hours, which will be the WEC's championship finale each season after the swap to a 'winter-series' format from 2019/20.

There will also be strict controls on the number of team personnel, and on testing before and during the season.

A limit of 40 team members will be allowed for a two-car prototype squad.

Testing is expected to be limited to three two-day collective tests and four free test days for each entrant. 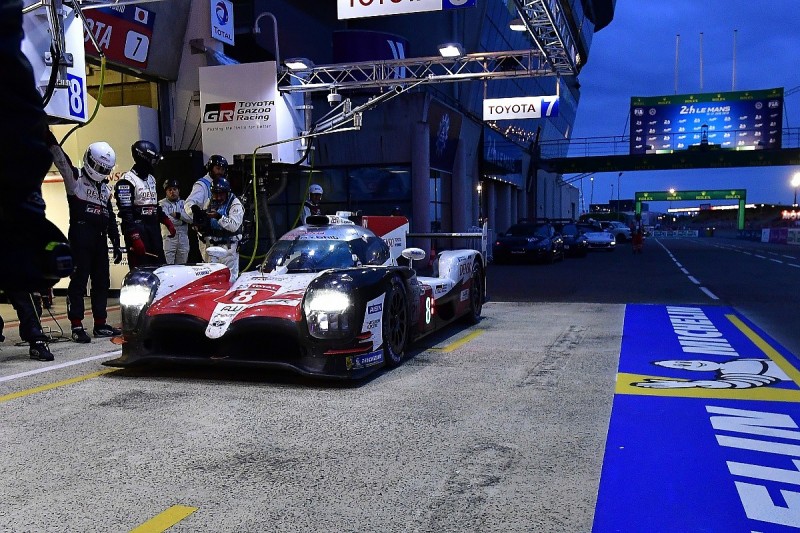 Teams will not be allowed to change tyres at the same time as refuelling from the start of the 2019/20 WEC next September.

This means that the rule makers, the FIA and the Automobile Club de l'Ouest, have reversed a rule change made for the 2018/19 superseason that was intended to make pitstops more dramatic.

The move has widely supported by the teams, who believe that it will reintroduce a strategic element to pitstops.

Success ballast will be introduced in the GTE Am class of the WEC from next season, although it will not be in force at Le Mans.

The weight carried by a car will be determined by its results in the previous two races and its position in the championship.

A class victory will result in a 15kg weight penalty, second place will have 10kg, with 5kg for third.

The same scale will be enforced based on championship positions.

That means a car could be ballasted by as much as 45kg.

The refuelling regulations and success ballast have also be introduced for the ACO-run European Le Mans Series, beginning at the start of next season at Paul Ricard in April.