The drivers of the #8 Toyota TS040 took the lead of the race from the pole-winning Porsche 919 Hybrid in the second hour.

Buemi stayed in the car and did not take tyres, whereas Marc Lieb took over from Neel Jani in the Porsche and left the pits on a new set of Michelins.

The Toyota driver was able to extend an initial lead of just under nine seconds to 18s and stayed in the lead even after the next round of stops when the Porsche kept the same tyres.

The Porsche was approximately 50s behind when Romain Dumas climbed aboard shortly after half distance and was almost immediately hit with a hybrid system problem that resulted in two slow laps.

The winning Toyota was never headed thereafter on the way to a 1m13s victory.

Lapierre said: "The beginning of the race was very tough. After the Porsche had problems, it was easier for us.

"A second win in two races is the perfect start to our season."

All three Audis struggled initially, but picked up pace as the race wore on.

The #1 car came out on top in a battle for second with the #7 Toyota of Stephane Sarrazin, Kazuki Nakajima and Alex Wurz that raged for much of the second half of the race.

The Porsche, in which Jani and Lieb were joined for one stint by Dumas, was in the hunt until it hit its hybrid problems and had to settle for fourth.

Dumas was told to cycle through various systems and was able to clear the problem.

The car lost more than an minute in the process, which ultimately cost it a place on the podium.

The best of the new Rebellion-Toyota R-Ones driven by Nicolas Prost, Mathias Beche and Nick Heidfeld ended up seventh on what the team billed as an extended test session for the ORECA-built car. 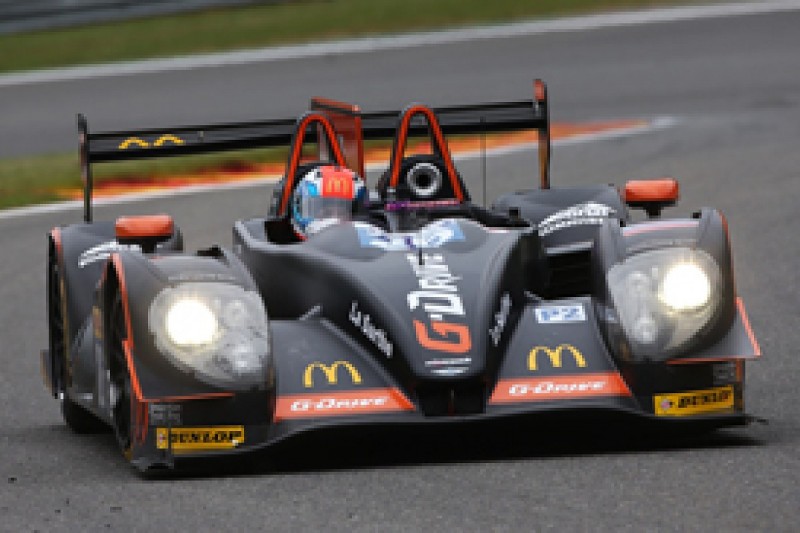 It dominated the race from the second hour when it took over at the head of the class from the KCMG ORECA on the way to victory by more than a minute over the Jota Sport Zytek-Nissan Z11SN shared by Harry Tincknell, Simon Dolan and Marc Gene.

Bruni led from the start, but fell behind the best of the Aston Martin Vantage GTEs of Stefan Mucke, Bruno Senna and Darren Turner, which was able to double stint its tyres.

The Bruni/Vilander Ferrari had a clear advantage on pace and was in control from the second round of pitstops.