Further slowing LMP2 cars to create a gap to the World Endurance Championship’s new Hypercar category could create more problems than answers, according to class-leading drivers.

The new breed of Le Mans Hypercar machines that will debut at Spa this weekend are expected to be five seconds slower than the LMP1 cars they replace, as they are not only down on power but also significantly heavier.

To ensure Hypercars are still faster than LMP2 cars, LMP2 cars have had a 40bhp power reduction before the WEC announced a further 25bhp reduction earlier this month. The minimum weight of the car has been increased by 20kg to 950kg, while all LMP2 teams are now mandated to complete the entire season running the low-downforce, Le Mans 24 Hours package.

However, these changes appeared to be insufficient to create a gap between the two classes in this week's Prologue test at Spa, with LMP2 cars locking out the top three spots in the combined timesheets. The fastest Hypercar, Sebastien Buemi's Toyota GR010 Hybrid, was half a second down on LMP2 pace-setter Nyck de Vries in an Aurus-badged ORECA 07-Gibson entered by G-Drive.

Following the test, Toyota called for a "review" of the balance between the two categories, while conceding the characteristics of the Spa circuit could make it an "outlier" in terms of the impact of the introduction of low-downforce aero in LMP2.

However, LMP2 regulars Filipe Albuquerque and Anthony Davidson believe further reductions in performance would not be feasible without causing problems, in particular for less experienced amateur drivers at other downforce-dependent circuits.

Speaking to Autosport, 2019/20 class champion Albuquerque said: "As an LMP2 driver, we don't want to be slowed down more.

"Already the car feels really bad, especially on long runs. It's frustrating and it's almost impossible to work on the car, because when the car is out of the window on downforce, there's very little you can do about set-up.

"And then when we go to Bahrain with the Le Mans aero kit, with super-high temperatures… I don't know see how we can drive there like that. 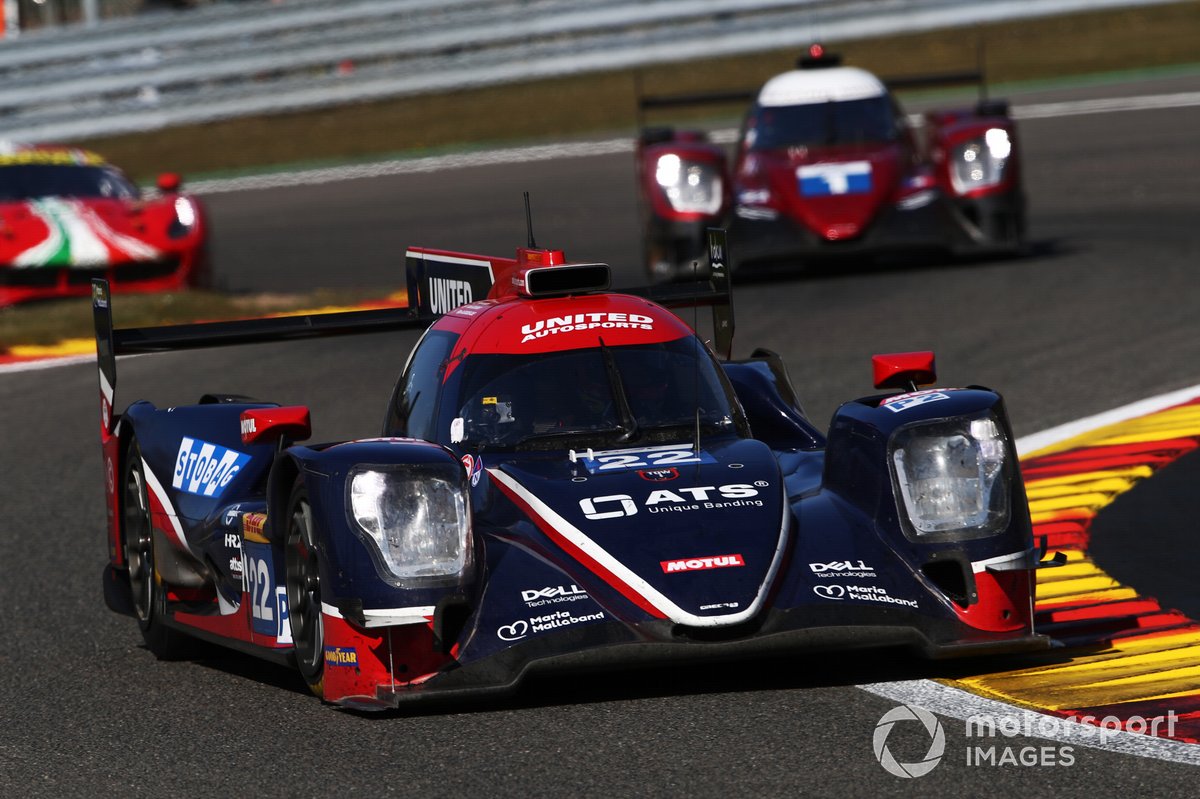 "At Spa with 20-25 degrees track temperature, it's already slippery, so when we get to Bahrain it's gonna be crazy slippery. And this is from a professional driver's point of view, not even a gentleman driver."

United Autosports driver Albuquerque suggested that the WEC and ACO should "focus now on making the Hypercar faster" by reducing the weight Hypercars carry that hamper their performance in Spa's twisty middle sector.

"Their car is too heavy, just allow them to go lighter," he said.

"The Alpine… they changed to an LMP1 and they are slower than they were last year with an LMP2!

"The ACO just needs to listen to drivers, teams and engineers from both sides, because we don't want to fight the Toyotas. LMP2 is already very competitive."

The two-day Prologue test saw several crashes in LMP2 and GTE classes, which Jota driver Davidson believes were a direct consequence of LMP2 cars being slower on the straights than in previous years, forcing drivers to pass GTE cars in high-speed corners.

"I think it's why you are seeing more crashes, because the LMP2s know they have to get the move down and exploit their speed in the high-speed stuff, because it's much harder now to just power pass them in a straight line like we used to," he told Autosport.

"We've seen a lot of incidents this week because drivers are trying to adjust to the new closing speeds, and everyone's a bit out of kilter – coming back to a circuit they know well, but the overtaking moves and the planning of those moves is now different to what they used to be."