Sebring WEC race to be held on Friday, distance reduced to 1000 miles

The change from the originally-announced 1500-mile race taking place straight after the finish of the Sebring 12 Hours follows a visit to last month's IMSA SportsCar Championship enduro at the Florida venue by the WEC organisational team.

This culminated in a meeting between officials from both series after the 2018 Sebring event last month.

It was also announced that the WEC teams will operate out of a new, secondary pitlane to be built on the Ullmann back straight leading into the final corner.

The WEC race, which will run for a maximum of eight hours, will start in the afternoon and run into darkness.

A full schedule for the IMSA-WEC doubleheader leading up to the 12 Hours on the Saturday of race week will be announced at a later date.

WEC boss Gerard Neveu said: "Everyone went in to the meeting with a willingness to find a solution that worked well for all of us, and the key points such as the schedule and the pitlane and paddock were agreed very quickly.

"We would like to sincerely thank Scott Atherton and all his team at IMSA, Wayne Estes and his staff at Sebring for the co-operation, flexibility and positive attitude they displayed throughout the recent weekend."

IMSA president Atherton added: "There has been a lot of speculation surrounding the initial announcement of this combined event, but we always believed we could all find solutions to the many questions and challenges that needed to be addressed to host two world-class events on one weekend — and that's exactly what we did.

"In the weeks and months ahead, we know this spirit of cooperation will continue as we complete the process of planning what promises to be an unprecedented showcase of sports car endurance racing for the fans - and competitors in each championship."

The WEC is returning to Sebring for the first time since 2012, when it was the inaugural event for the reborn championship. 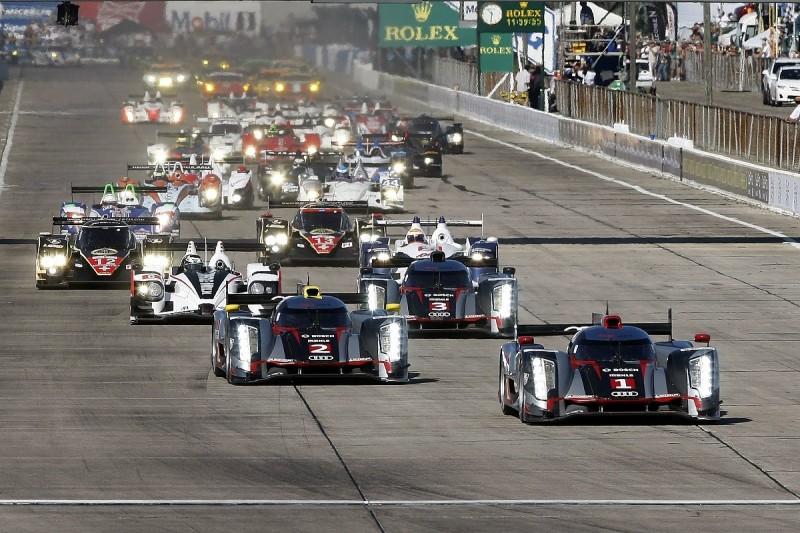